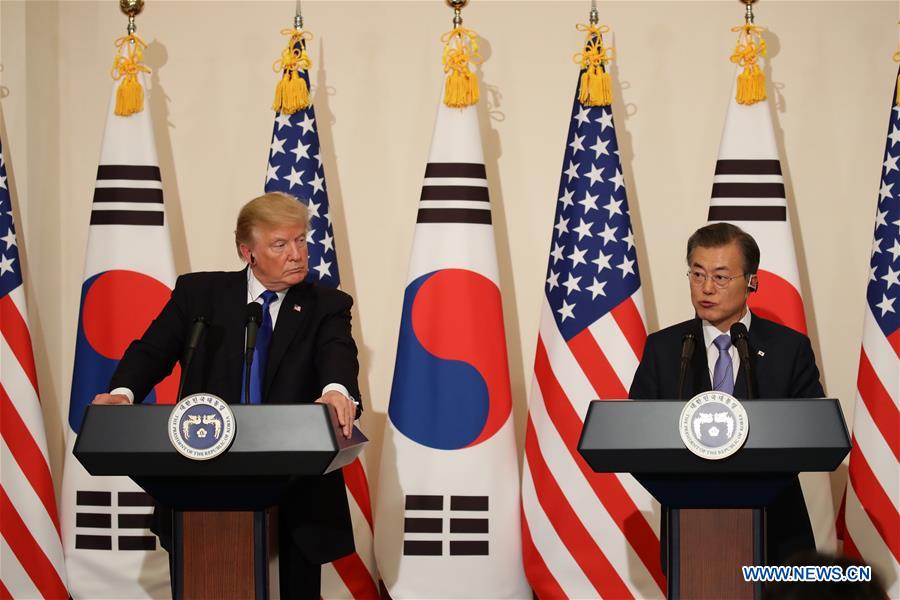 The phone talks between Moon and Trump, the first in about a month, was held at around 10 p.m. local time (1300 GMT), Yoon Young-chan, senior press secretary for the South Korean president, was quoted as saying.

Moon explained to Trump that the DPRK had showed its willingness to talk with the United States, persuading the US president to get into an exploratory dialogue with Pyongyang to figure out what Pyongyang intends to do while keeping a stance of maximum pressure on the country.