WORLD More cooperation to benefit both US and China: major business group

More cooperation to benefit both US and China: major business group 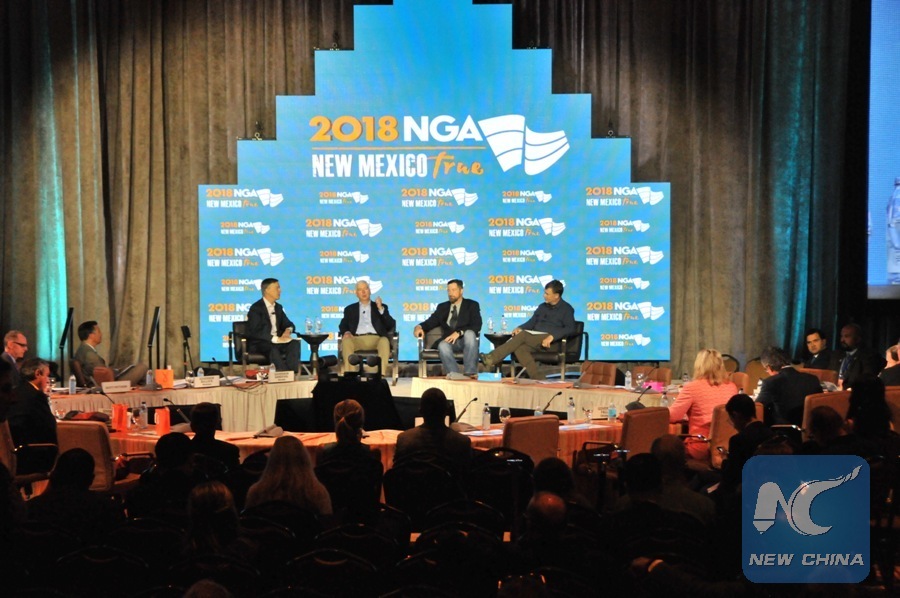 Both the United States and China can get far more benefits from increased trade and cooperation by exchanging ideas, goods and services in an interdependent world, said the chief of a major business organization.

"Prospects for China-US cooperation are broad since the two countries are complementary in economic structure," Chen Xu, chairman of the China General Chamber of Commerce-USA (CGCC), told Xinhua on the sidelines of a recent international forum in Santa Fe, capital of New Mexico State.

At the forum, themed on US-China economic ties and co-hosted by the CGCC and the US National Governors Association (NGA), government officials and business representatives from both sides addressed concerns on the trade frictions between the United States and China.

The tariff policies of US President Donald Trump's administration "have not only disrupted the existing world trade order, but are also causing serious damage to its own economy," Xu said.

He warned that raising tariffs will actually hurt the expansion efforts of US multinational companies overseas and the competitiveness of US exporters.

"We believe a compromise can be achieved through dialogue and negotiation," he said when commenting on how to address the current trade frictions between the world's two largest economies.

The Trump administration has imposed steep additional tariffs on imports from China and other US key trading partners so far this year.

US companies and exporters benefit from access to the Chinese market, the world's largest, for food, consumer products and pharmaceuticals, said Xu.

Washington's tariff polices "will finally force consumers to accept higher prices across the board, increasing inflation in the United States," he said.

Apart from trade issues, the investment environment in the United States has deteriorated recently.

According to a report by Rhodium Group, a research provider, Chinese direct investment in the United States was estimated to be $1.8 billion in the first five months of 2018, down 92 percent from the same period last year.

It showed that Chinese outbound direct investment has veered towards Europe in the first half of 2018.

"Investors tend to venture where they feel welcomed," said Xu, adding that a sustainable and peaceful economic environment is what companies and workers expect from policymakers.