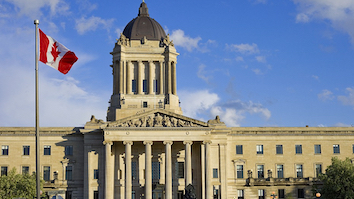 OTTAWA, May 7 (Xinhua) -- As Canada continues to lift restrictions on businesses and services, two of the largest provinces still face a crisis in COVID-19 outbreaks in long-term care homes.

"The epidemic itself is decelerating," Theresa Tam, Canada's chief public health officer, said at her daily news conference on Wednesday. "But unfortunately and tragically, what's happening right now is that ... with so many long-term care facilities affected, I think that the number of deaths will continue to increase."

The daily increase of COVID-19 cases in Canada currently stands at a three-percent rate, while over three-quarters of COVID-19 related deaths are associated with residents of long-term care and retirement homes across the country.

As of late Wednesday, there were 4,232 COVID-19 related deaths nationwide, with more than half in the French-speaking Quebec province.

More than 700 Canadian soldiers have been deployed to assist at 13 long-term care homes in Quebec -- Canada's second-most populous province -- and at least 300 military members are expected to arrive at seven more facilities.

Yet Quebec is allowing seniors at independent-living institutions to welcome visitors outdoors, while businesses have begun opening in the province. Next week, the province will become the first Canadian jurisdiction to welcome students back to the classroom.

Quebec has reported 34,327 COVID-19 cases to date, twice that of Ontario, Canada's most populous province, which is taking a more incremental approach to easing the lockdown.

On Wednesday, Ontario Premier Doug Ford said garden centers and nurseries would be fully opened on Friday, in time for Mother's Day on Sunday, followed by the reopening of hardware stores on Saturday and retail stores with street entrances only allowed to provide curbside pickup and delivery on Monday.

But residents of the west-coast province British Columbia will see more restrictions removed following an announcement by Premier John Horgan on Wednesday.

Starting in mid-May, retail stores, restaurants and hair salons will be among the businesses allowed to reopen in British Columbia, Canada's third-most populous province, which as of Wednesday has recorded 2,255 cases of the novel coronavirus and 124 deaths.