More England COVID patients in hospital than at April peak 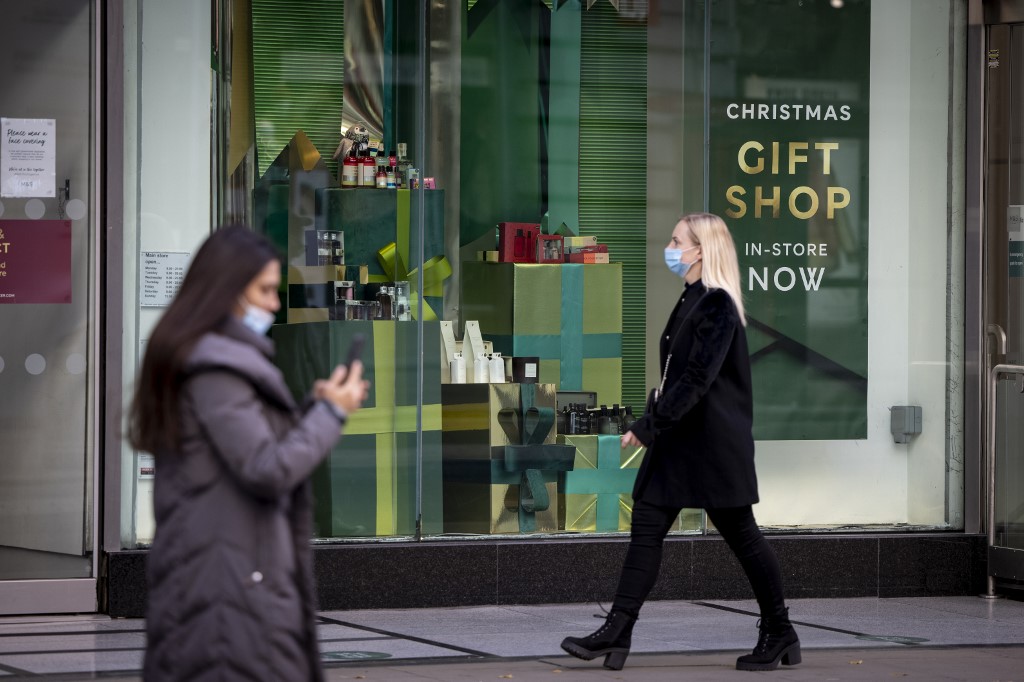 Pedestrians wearing face masks or coverings due to the COVID-19 pandemic, walks past a Christmas-themed window display in central London, on November 22, 2020. (Photo: AFP)

England is "back in the eye" of the coronavirus storm, health chiefs warned Tuesday, with as many patients in hospital as during the initial peak in April.

A new strain of the virus appears to be behind the recent upsurge in cases, heaping further pressure on the state-run National Health Service during its busiest winter period.

NHS England figures showed there were 20,426 Covid patients in the country's hospitals on Monday, compared to the 18,974 peak recorded during the first wave.

The number of positive tests recorded over a 24-hour period also hit a new high of 41,385 Monday, according to government figures, although testing is now much more extensive.

However, case figures do not include Scotland and Northern Ireland, which did not report over the Christmas period.

"Many of us have lost family, friends, colleagues and -- at a time of year when we would normally be celebrating -- a lot of people are understandably feeling anxious, frustrated and tired," said NHS England chief executive Simon Stevens.

"And now again we are back in the eye of the storm with a second wave of coronavirus sweeping Europe and, indeed, this country."

Britain is pinning its hopes on its mass vaccination programme, with the Oxford/AstraZeneca jab expected to receive approval shortly, according to reports.

"We think that by late spring with vaccine supplies continuing to come on stream we will have been able to offer all vulnerable people across this country Covid vaccination," said Stevens.

"That perhaps provides the biggest chink of hope for the year ahead."

Health trusts have been told to begin planning for the use of Nightingale field hospitals, the temporary facilities created during the first wave that have largely gone unused. 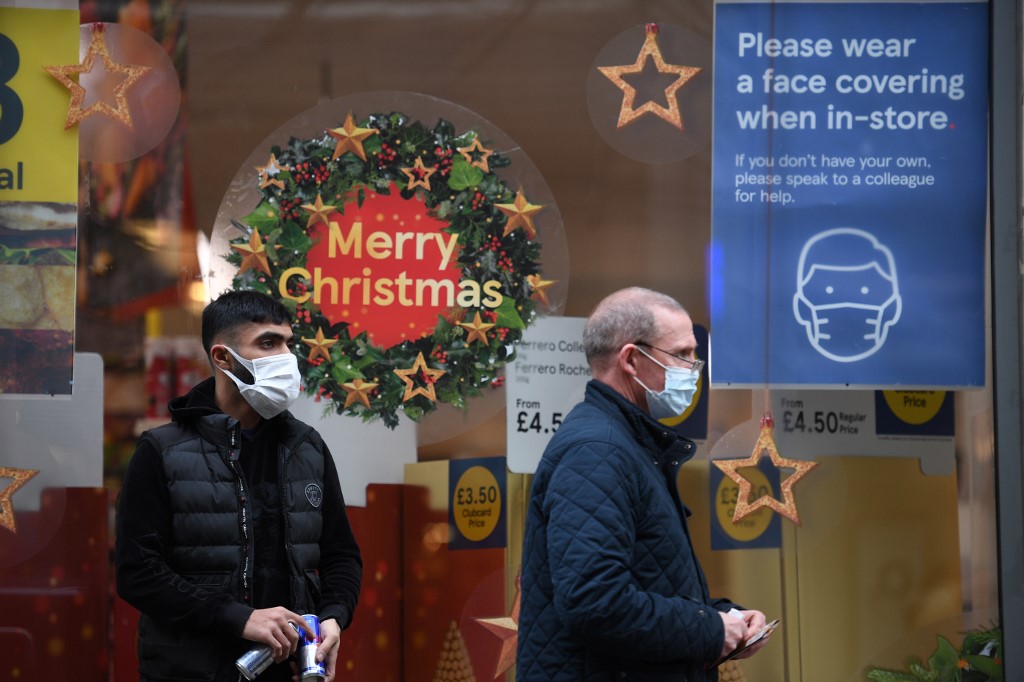 Pedestrians wearing masks because of the novel coronavirus pandemic walk past the window of a closed shop displaying Christmas decoration in the centre of Manchester, northwest England, on November 26, 2020. (Photo: AFP)

London and southeast England are currently bearing the brunt of the outbreak, with paramedics in the capital saying they are receiving up to 8,000 emergency calls each day.

London Ambulance Service said Boxing Day -- December 26 -- was one of its "busiest ever days".

A further 357 people testing positive for the virus were announced on Monday to have died, bringing the UK total to 71,109, the second worst toll in Europe.

Prime Minister Boris Johnson has been under fire for his government's handling of the pandemic, and is now under pressure to introduce even more social restrictions, including school closures after the Christmas break.

More than 24 million people -- 43 percent of England -- are already living under the tightest level of regional restrictions.

The outbreak has hit Premier League football giants Manchester City, leading to the postponement of their game with Everton on Monday night.