COPENHAGEN, March 13 (Xinhua) -- More European countries, fully or partially, have suspended the use of the COVID-19 vaccine developed by British company AstraZeneca and the University of Oxford following reports of several suspected deaths from clotting after vaccinations. 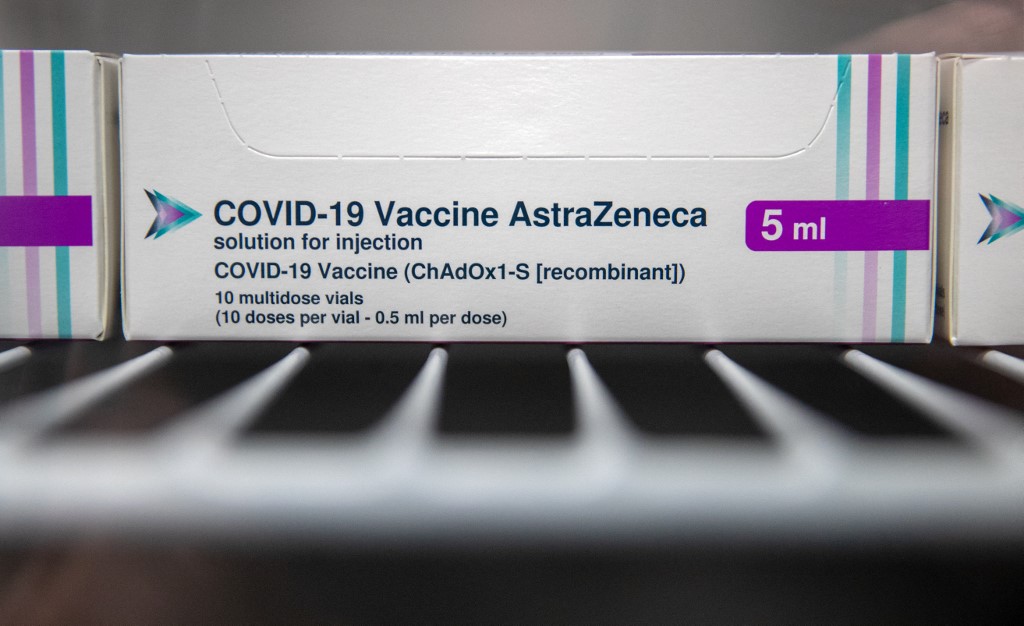 In this file photo taken on January 09, 2021 boxes of vials of the Oxford/AstraZeneca Covid-19 vaccine are seen in a refridgerator. (Photo: AFP)

The Danish Health Authority on Thursday announced in a statement that the use of the COVID-19 vaccine from AstraZeneca has been suspended in Denmark for 14 days due to fears of serious adverse reactions, adding that the move was based on "concerns raised by the drug authorities" and "a precautionary principle."

The suspension came after several reports of blood clots following vaccinations and the death of a 60-year-old woman who received a shot from AstraZeneca and then died after developing a blood clot, according to the Danish news agency Ritzau.

The European Medicines Agency (EMA) in a statement released on Thursday described the Danish Health Authority's decision as a "precautionary measure" but stressed there was "currently no indication that vaccination has caused these conditions."

Nevertheless, Austria, Italy, Bulgaria, Romania, Estonia, Lithuania, Luxembourg, Latvia and non-European Union (EU) countries Norway and Iceland have also banned the use of the AstraZeneca vaccine as a precaution after similar reports of blood clots, which European drug regulators are still investigating.

Following Denmark, Norway and Iceland, Bulgarian Prime Minister Boyko Borissov on Friday ordered the suspension of the use of the AstraZeneca vaccine "until an accurate and clearly confirmed diagnosis comes in writing from the EMA."

According to the country's health ministry, Bulgaria had booked more than 4.5 million doses of the AstraZeneca vaccine.

In Britain, the Medicines and Healthcare products Regulatory Agency said in a statement on Thursday that "it has not been confirmed that the report of a blood clot was caused by the AstraZeneca COVID-19 vaccine," urging that people "should still go and get their COVID-19 vaccine when asked to do so."

The EMA has noted that a review of thromboembolic (blood clot) events with COVID-19 vaccine AstraZeneca is being carried out under an accelerated timetable. According to the EMA, the incidence of blood clots among vaccinated people is not higher than among the general population.

In the past few days, there were also one death and two cases of illness following vaccinations with AstraZeneca in Austria. A 49-year-old nurse died as a result of severe coagulation disorders, while a 35-year-old colleague also developed a pulmonary embolism, but was recently on the mend.

In these two cases, the women concerned had previously been inoculated with the ABV5300 batch of the AstraZeneca vaccine. Even if no causal connection was initially identified, the Austrian Federal Office for Safety in Health Care (BASG) withdrew the batch in question and initiated an investigation.

According to the EMA, the batch of ABV5300 comprises 1 million doses, and has been delivered to 17 EU countries.

Hereafter, the health authorities in Lithuania, Latvia, and Estonia which received doses from the same batch have all decided to temporarily suspend their use while stressing there is no reason to doubt the efficacy and safety of the AstraZeneca vaccine.

In Italy, another AstraZeneca batch raised concern after both a 43-year-old serviceman died of a heart attack, and a 50-year-old policeman died following their vaccinations from the ABV2856 batch.

The Italian Medicines Agency (AIFA) issued a ban on the use of the batch ABV2856 on Thursday. However, in a statement, AIFA said that currently "no causal link has been established between the administration of the vaccine and these events," and the agency is carrying out all necessary checks.

Similarly, the Romanian health authorities decided late Thursday to temporarily suspend the use of over 4,000 doses of the AstraZeneca COVID-19 vaccine from the same batch suspended in Italy, but to continue vaccinations with serum from other batches.

"The remaining 4,317 doses of the vaccines in question will be sealed until the EMA completes its evaluation," said the official statement, adding that "the vaccination will continue with all other batches of AstraZeneca vaccines currently in Romania ... so that the immunization process is not affected."

Commenting on the "defected" batches, EMA said its position is "that the vaccine's benefits continue to outweigh its risks and the vaccine can continue to be administered while investigation of cases of thromboembolic events is ongoing."

The AstraZeneca vaccine was authorized by the European Commission for use within the bloc on Jan. 29, 2021.