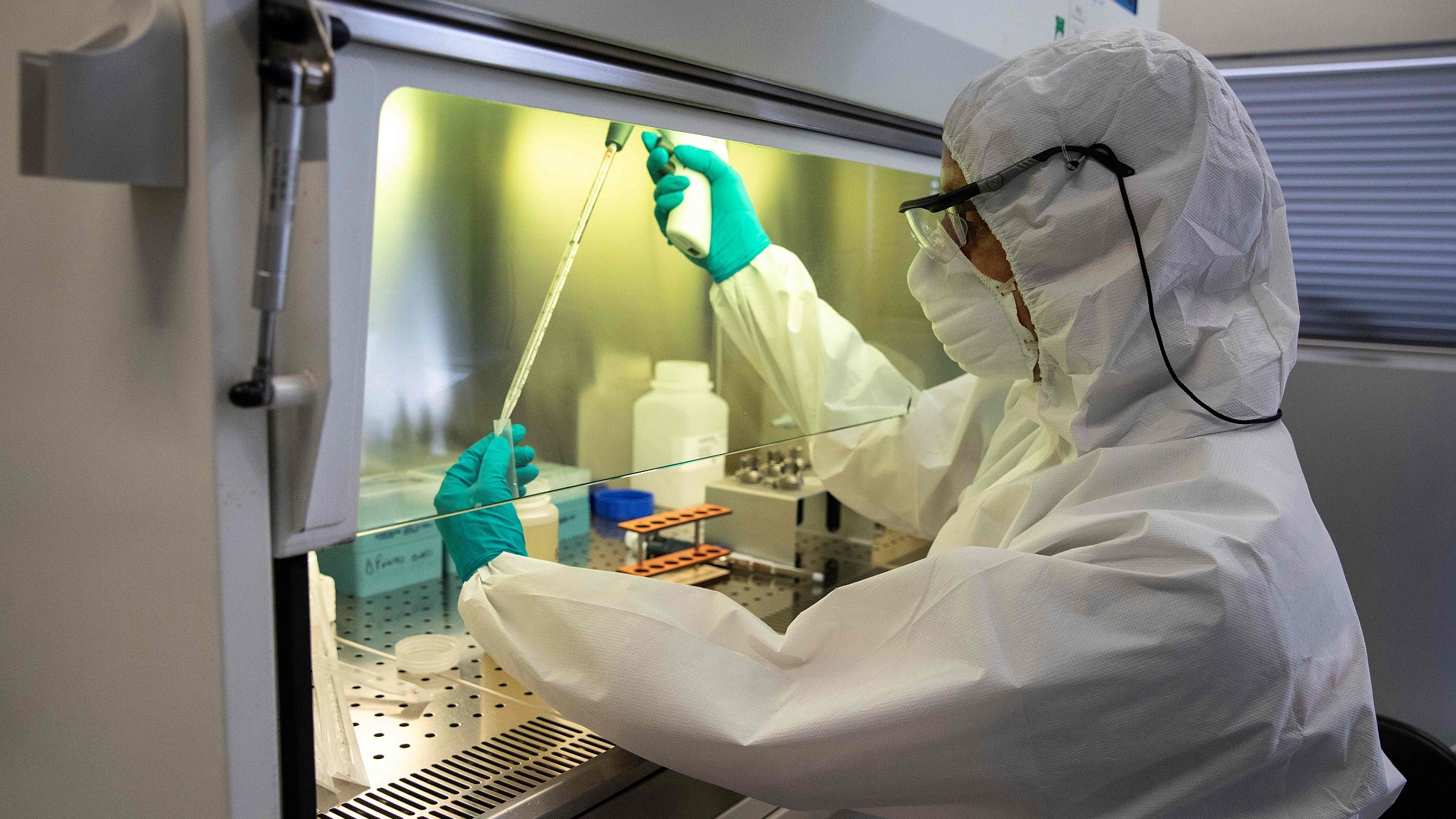 A virologist tests wastewater in Paris, France to detect the presence of the COVID-19 virus, July 22, 2020. (File photo: CFP)

There has never been any evidence to claim that COVID-19 originated in a lab in China or anywhere else, or that China has the virus in its inventory and the virus was deliberately engineered, an opinion article posted on Los Angeles Times said.

"We do not believe that any type of laboratory-based scenario is plausible," American, British and Australian virologists concluded in a seminal paper on COVID-19's origins published in Nature Magazine last February.

The article said coauthor Robert F. Garry of Tulane Medical School told several colleagues during a recent webcast that the conclusion that the virus didn't leak from the lab was even stronger today than it was when they wrote the paper.

The article also refuted the latest report from the Wall Street Journal on May 23, which claimed that three researchers at the Wuhan Institute of Virology became ill in the fall of 2019 and sought medical treatment, saying it failed to offer any evidence that they had contracted COVID-19.

It said virologists pointed out the impossibility that the virus only affected three people and skipped the hundreds more around them.

Another expert brought up doubts about whether the virus detected in Wuhan was the origin of the pandemic that spread to the world.

She said more evidence could be found if the government can finance further gene sequencing of the virus samples.

"Multiple origins and several outbreaks become an increasingly obvious fact based on the whole situation of COVID-19," Ju said. "It needs a large amount of data to verify such conclusion."