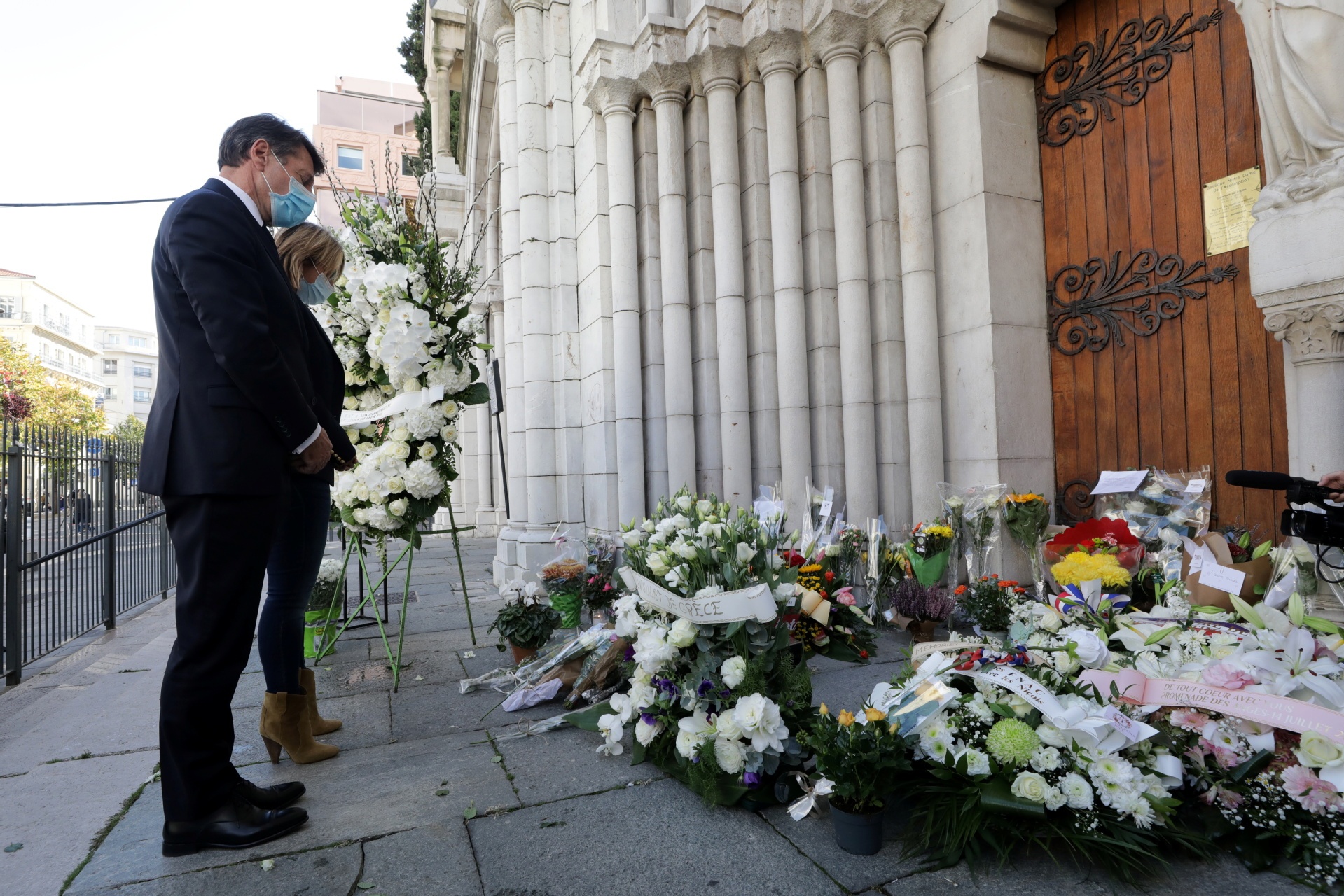 Mayor of Nice Christian Estrosi and his wife Laura pay tribute to the victims of a deadly knife attack at the Notre Dame church in Nice, France, on Oct 30, 2020. (Photo: Agencies)

PARIS - French Interior Minister Gerald Darmanin on Friday warned more terrorist attacks were likely in the country, one day after a knife attack at a church in the southern city of Nice.

"We must unfortunately understand that there have been and will be other acts such as these absolutely terrible attacks," he said. "France now is particularly targeted."

Noting the frequency of attacks identified as terrorism in recent weeks, the minister said that "this has not happened since 2015."

The French government raised its vigilance level against terrorism to the highest on Thursday throughout the country.

The knifeman in the Nice attack, identified as a 21-year-old Tunisian national, killed three people in Notre-Dame basilica in central Nice. He was later shot and seriously wounded by police.

Earlier Friday morning, local media reported that a 47-year-old man suspected of having been in contact with the attacker was placed in police custody.

France has been on high alert since a knife attack near the former office in central Paris of the satirical magazine Charlie Hebdo on Sept. 25, as well as the beheading of a history teacher outside a middle school in Paris suburbs on Oct. 16.

The magazine Charlie Hebdo was the target of a mass shooting in 2015, leaving 11 dead.