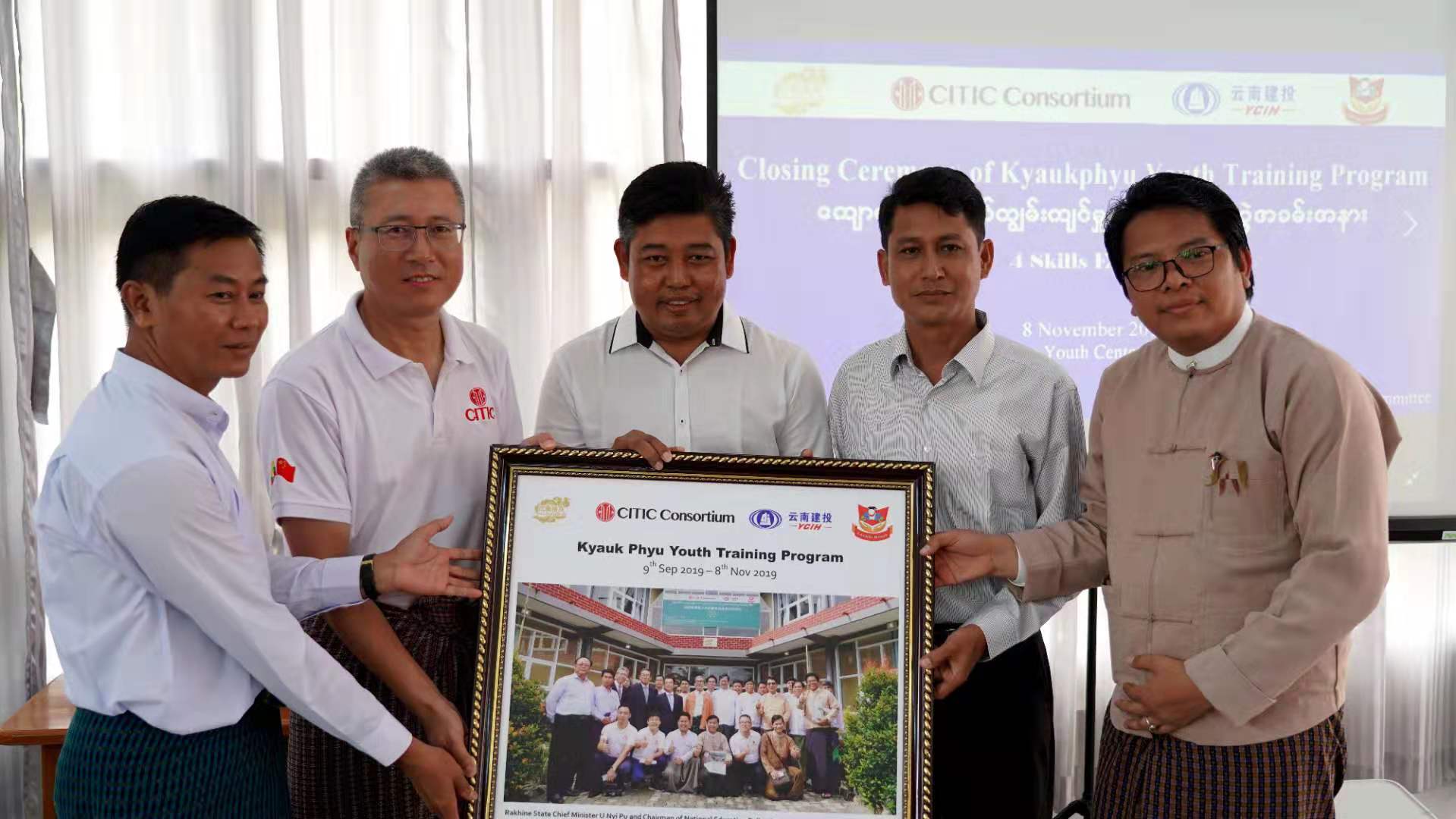 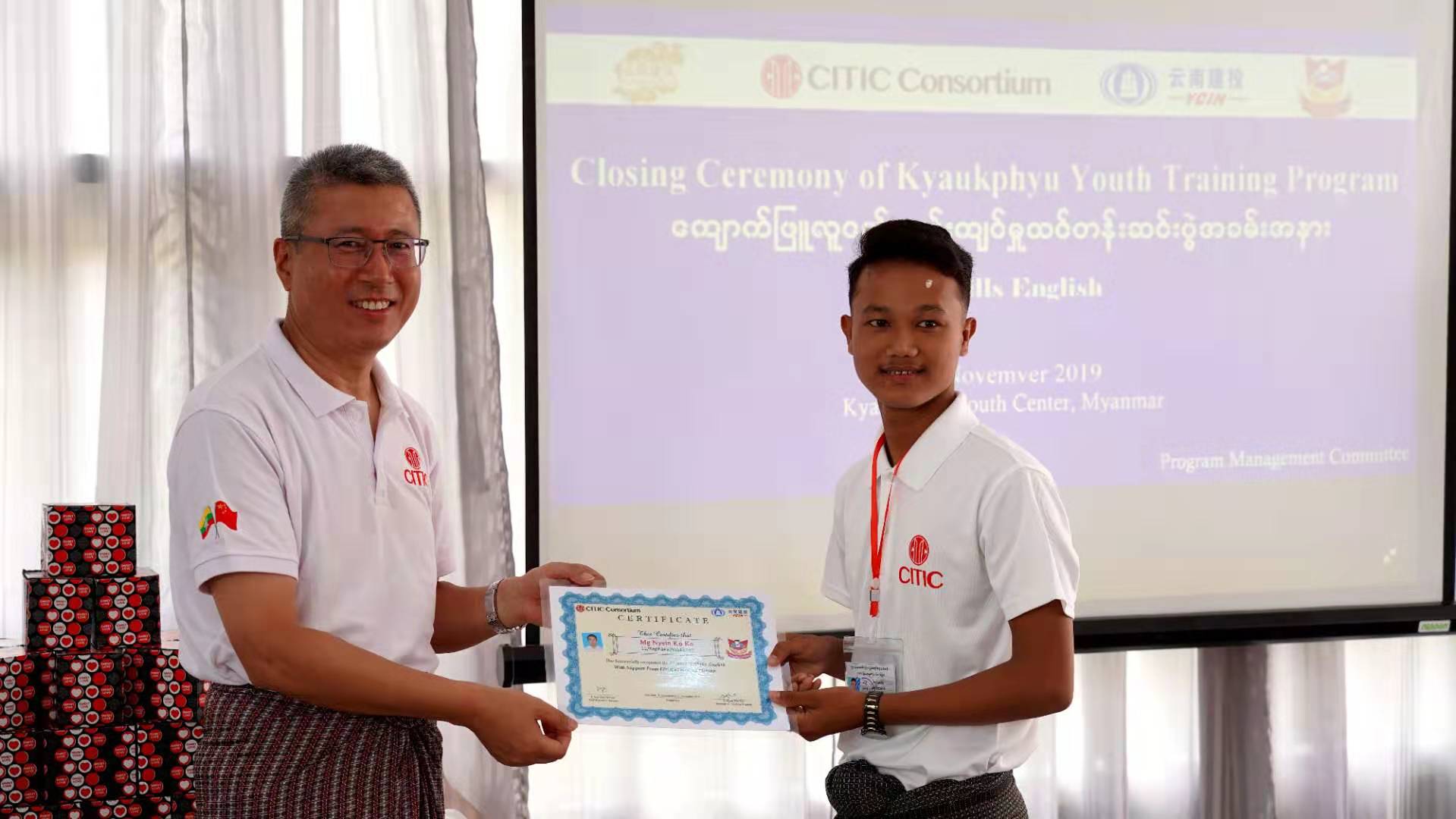 Sponsored by CITIC Consortium and China's Yunnan Province, the first phase of training provided basic electrician and English language courses to 90 local youth in the past two months. The trainees were selected by a management committee composed of local representatives under the principle of openness and transparency.

In his address, CITIC Myanmar's Deputy Managing Director Frank Ma said the training program was part of their Corporate Social Responsibility program in Myanmar. "CITIC Consortium will undertake more charity programs to promote social and economic development in Kyauk Phyu and elsewhere in the country”, he said, “In the future, CITIC Consortium will also support more training courses based on the needs of local people.”

U Nyi Nyi, a member of the Union Parliament, said that CITIC had discussed the training with  the National League for Democracy Education Network and local people. “From this activity, I learned that CITIC has always been putting the development of local people first”.

In the ceremony, trainees, representatives of local communities and authorities also cherished the training programs, stating that they have improved local youths' job skills and facilitated the development of vocational training in Kyauk Phyu. 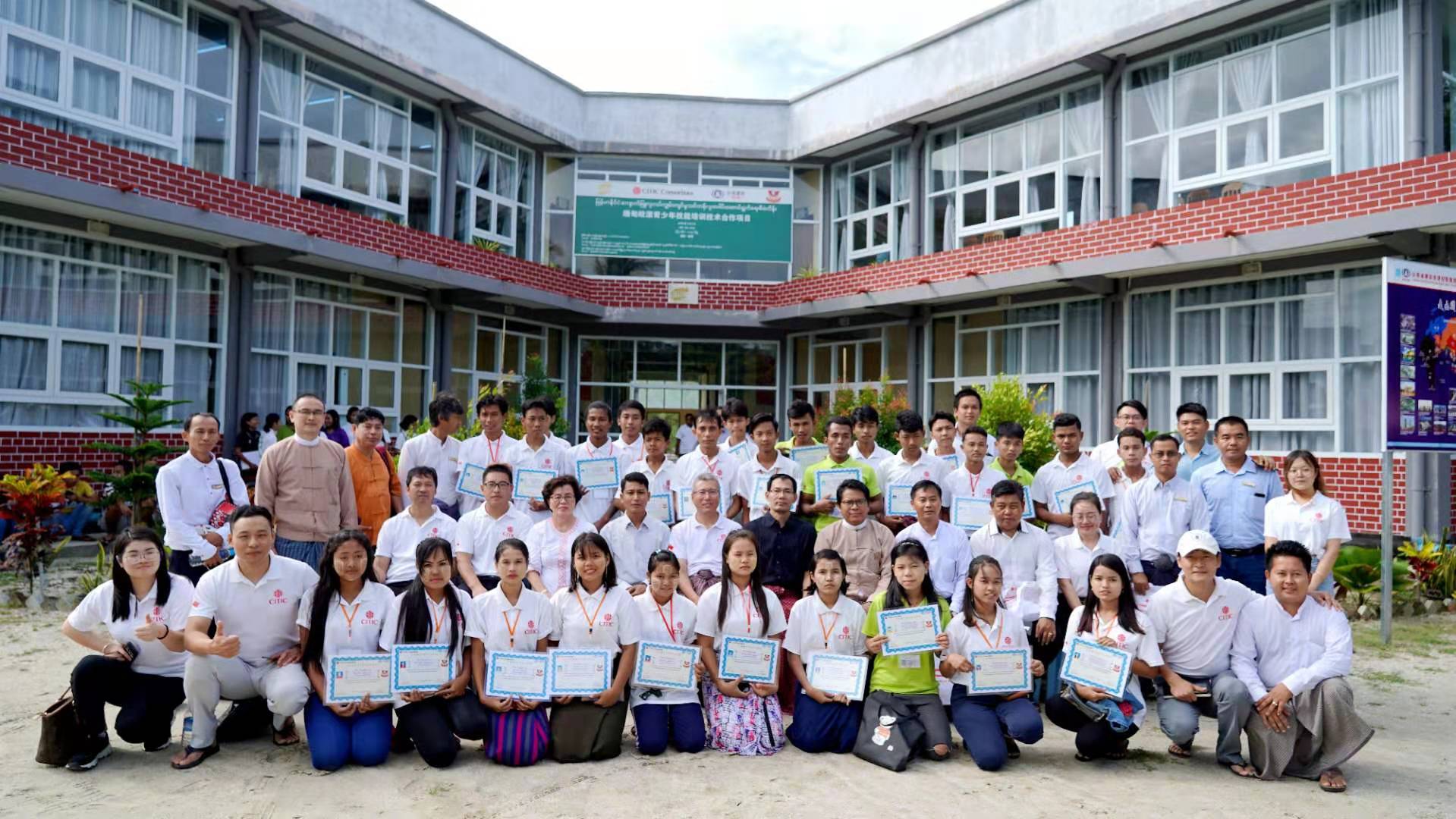