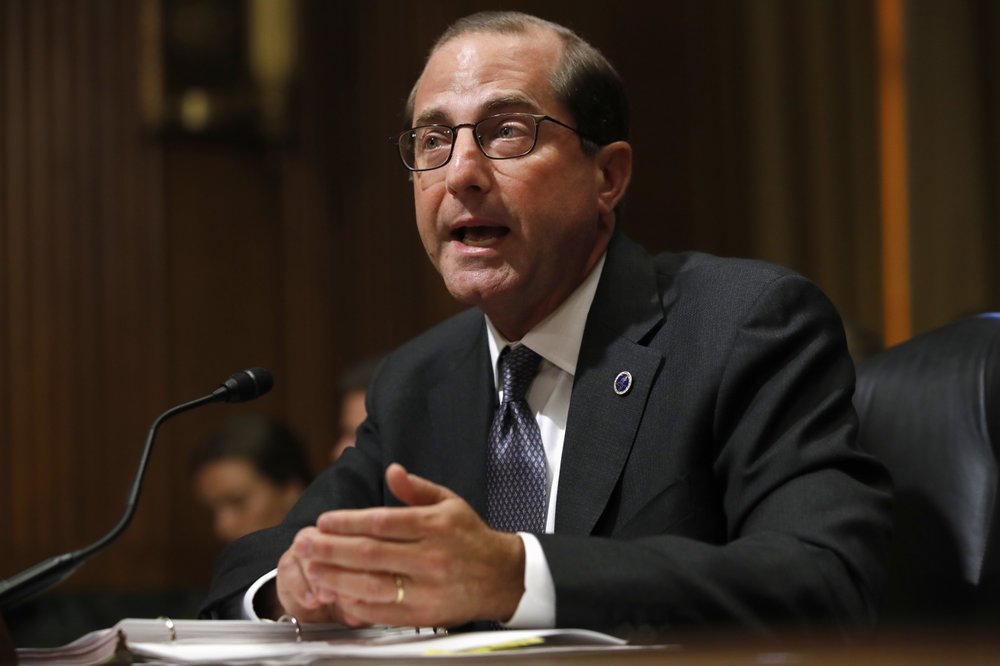 Health and Human Services Secretary Alex Azar made the announcement Tuesday in a speech to state Medicaid directors, a group that represents Republican and Democratic officials from around the country who are confronting common, deeply-rooted social problems.

A longstanding federal law has barred Medicaid from paying for mental health treatment in facilities with more than 16 beds, to prevent “warehousing” of the mentally ill at the expense of federal taxpayers. Azar said states will now be able to seek waivers from that restriction, provided they can satisfy certain specific requirements.

“Given the history, it is the responsibility of state and federal governments together, alongside communities and families, to right this wrong,” Azar added. “More treatment options are needed, and that includes more inpatient and residential options that can help stabilize Americans with serious mental illness.”

Matt Salo, executive director of the National Association of Medicaid Directors called it “a hugely welcome development” that will help states build out a range of services for the mentally ill.

The lack of in-patient treatment beds for people with mental illness is seen as a common denominator among several national problems: homelessness, police shootings, and acts of mass violence by people with serious mental problems.

Advocates said it may take a year or more to start seeing results of the new federal policy. States must apply for permission to the federal Centers for Medicare and Medicaid Services. They must demonstrate that their plans are part of a “continuum” or range of services for mentally ill people.

“We have decades of no movement on this issue,” said John Snook, executive director of the Treatment Advocacy Center, a nonprofit trying to broaden access to mental health treatment. “This is the sort of opportunity we have to take advantage of.

“Every day there is a story about police having to shoot someone with serious mental illness or the glut of mentally ill people in the emergency room,” Snook added. “I think the general public will say the federal government is finally recognizing a problem we’ve been seeing on the ground.”

A decades-old law known as the “IMD exclusion” has stood in the way of Medicaid paying for treatment in larger mental health facilities. IMD stands for “institution for mental diseases.”

Pressure has been building on lawmakers and the administration to ease the restriction, given the combination of the opioid epidemic and recurring mass shootings, from Sandy Hook Elementary School in Connecticut to the Borderline Bar & Grill in Thousand Oaks, California.

The Obama administration began loosening restrictions in 2015 and last year the Trump administration cleared the way for Medicaid waivers to provide inpatient treatment for people with substance abuse problems.

Azar said 13 such waivers have been approved and more are in the works. In Virginia, an expansion of residential drug treatment beds has been linked to a sharp drop in emergency room visits due to opioid overdose.

One concern about waiving the Medicaid restriction for mental health is that it could cause a spike in federal spending. Advocates respond that similar restrictions aren’t imposed on other diseases, and that treatment may well save society money over the long run by avoiding other costs.

Medicaid won’t approve a mental health treatment waiver unless the state can show federal costs will be no greater than would have otherwise been the case absent a change.