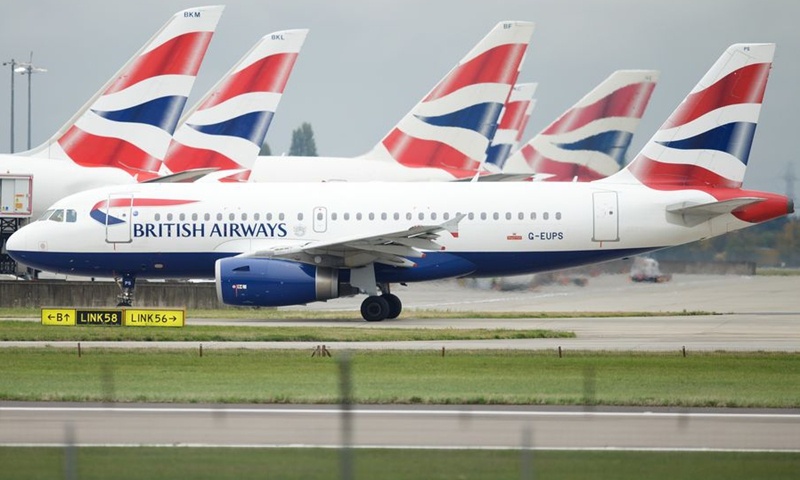 The two cases are contacts of people who travelled to South Africa, where the variant was discovered, the BBC reported. The UK has since imposed stricter travel bans on South Africa.

"This new variant is highly concerning because it is yet more transmissible and it appears to have mutated further than the new variant discovered in the UK," said UK Health Secretary Matt Hancock.

South Africa reported the new mutant variant for the first time on December 18, and named it "501.V2." South African Minister of Health Zweli Mkhize said that local medical experts have not yet identified the source of the mutant virus, which was first discovered in the Eastern Cape Province, and then spread to the surrounding area.

The WHO said that although the variant appeared almost at the same time as the previous variant found in the UK, they are unrelated variants and have no relationship to each other.

Countries have been closing their borders to the UK and South Africa following reports of the new variants in recent days. As of Thursday, over 50 countries have halted flights or imposed stricter travel restrictions on the UK. Eight countries have announced their bans on inbound flights from South Africa.

The first peak of the epidemic in South Africa occurred in July and August, with nearly 14,000 new confirmed cases per day, then it gradually declined to about 2,000 new confirmed cases per day in September. Another wave of the outbreak hit the country in November driven by the new variant, with more than 10,000 new cases confirmed in a single day on December 19. Following the second wave, the South African government tightened beach closures, but did not raise the level of its national lockdown.

Chile also reported the discovery of nine mutant strains on Wednesday. With mutant viruses continuing to be found around the world, Wang Peiyu, deputy head of Peking University's School of Public Health believes the public should not panic, as coronavirus mutations are a very normal phenomenon.

"It has been a year since the emergence of COVID-19, and it is routine for the virus to mutate during a year of development," Wang said. "The mutated strain reported by the UK has not shown a great mutation so far, current nucleic acid testing and vaccines are still effective against it."

In the case of such mutations, it is its infectiousness, not its severity, that generally mutates, Wang said. However, given the unsuccessful epidemic control in some countries, the emergence of more mutated strains or more severe ones cannot be ruled out in the future.

China has suspended flights between China and the UK concerning the worsening epidemic in the UK, referring to other countries' practices, the Chinese Foreign Ministry announced at a routine news conference on Thursday.