NAIROBI, Jan. 16 (Xinhua) - More people were rescued early Wednesday from the site of an attack at an upmarket hotel and office complex in the Kenyan capital, Nairobi, as authorities warned the public to avoid the area.

Live TV broadcasts said more than 170 people were rescued from the DusitD2 complex and that gunshots could still be heard. 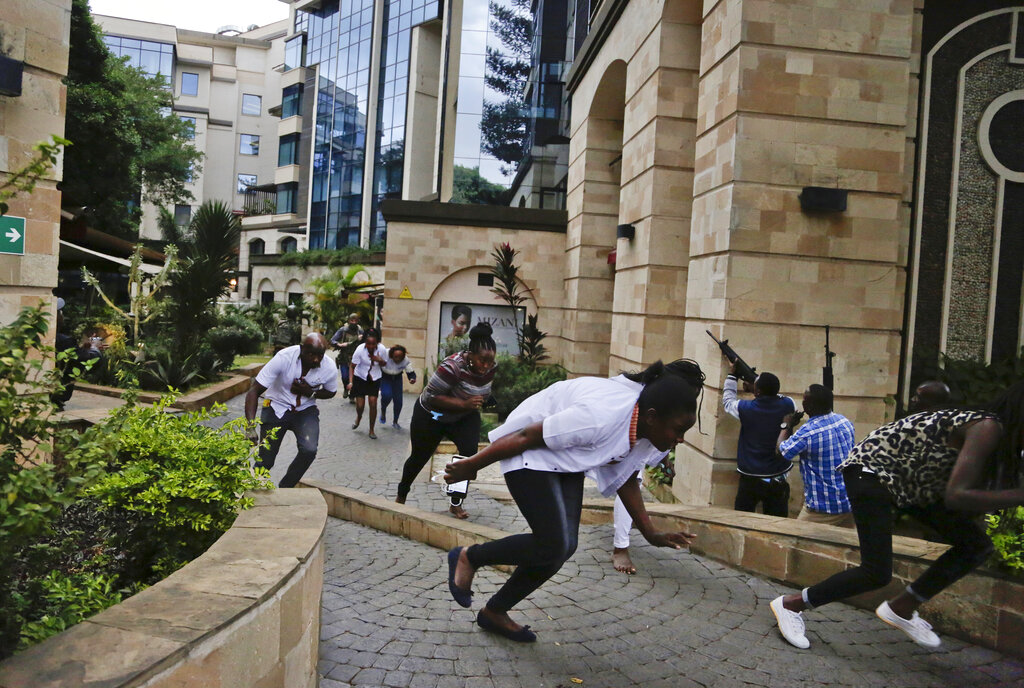 Civilians flee as security forces aim their weapons at the buildings of a hotel complex in Nairobi, Kenya, Tuesday, Jan. 15, 2019. (Photo: AP)

"We wish to caution all members of the public including politicians that Dusit Hotel and the area around 14 Riverside Drive is a Crime Scene that is under an active security operation," the Kenyan National Police Services said on its Twitter account.

"Until it is declared safe, everyone not actively involved in the operation should avoid the area," it said.

Late Tuesday, Cabinet Secretary for Interior and Coordination of National Government Fred Matiang'i said security teams have evacuated scores of Kenyans and other nationalities from the buildings after a nine-hour operation. 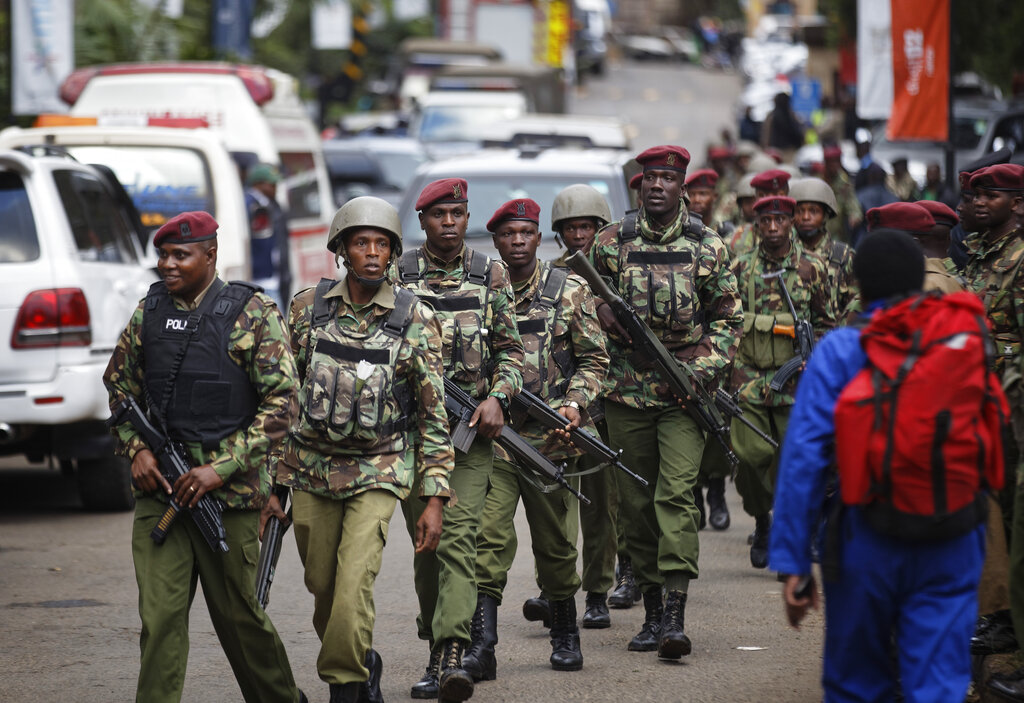 Kenyan security forces walk from the scene as continued blasts and gunfire could be heard early Wednesday, Jan. 16, 2019, in Nairobi, Kenya. (Photo: AP)

"We are now in the final stages of mopping up the area and securing evidence and documenting the consequences of this unfortunate event," he told journalists.

"I can now report that the country is now secure and that the nation remains calm, that Kenyans and all our visitors are now safe," he added.

The DusitD2 complex, which houses several multi-national offices and a hotel, is located in the leafy Riverside area of Westlands, Nairobi.

About four gunmen armed with rifles and grenades drove to the complex at around 3 p.m. local time and staged a deadly attack, leaving a trail of destruction.

"We have secured all the buildings that had been affected. The situation is under control and the country is safe. Terrorism will never defeat us. We will not surrender or bend," Matiang'i said.

The US State Department has confirmed that one of the victims was an American citizen.

Al-Shabab, a Somalia-based extremist group, has claimed responsibility for the attack.