ISLAMABAD, Sept. 10 (Xinhua) -- Pakistan's Meteorological Department forecasted rain-wind and thundershowers with isolated heavy falls during the next four to five days in parts of Pakistan, which may aggravate the ongoing flood situation in the country. 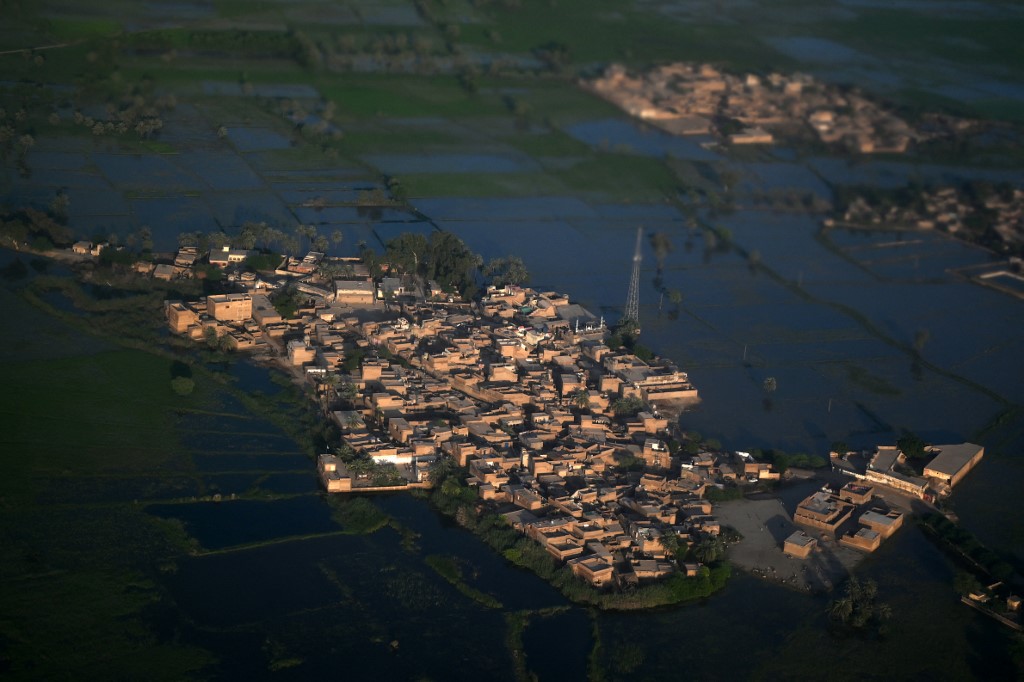 This aerial photograph shows a flooded area on the outskirts of Sukkur, Sindh province, on September 9, 2022. (Photo: AFP)

According to a report released by the department on Friday night, moist currents are penetrating in upper parts of the country and are likely to continue from Saturday to Wednesday, which might generate rainfall in parts of the country's southern Sindh, southwest Balochistan and northwest Khyber Pakhtunkhwa (KP) provinces along with other areas.

The rainfall may trigger landslides in Pakistan-controlled Kashmir, hilly areas of KP, the northern Gilgit-Baltistan region, and Galyat and Murree areas in eastern Punjab province during the forecast period, the report said.

The National Disaster Management Authority (NDMA) has directed authorities in flood-affected areas to maintain alertness in light of the weather forecast and existing on-ground conditions.

The total death toll in Pakistan from this season's monsoon rains and floods since mid-June has risen to around 1,396, along with 12,728 injured, the NDMA said on Friday.