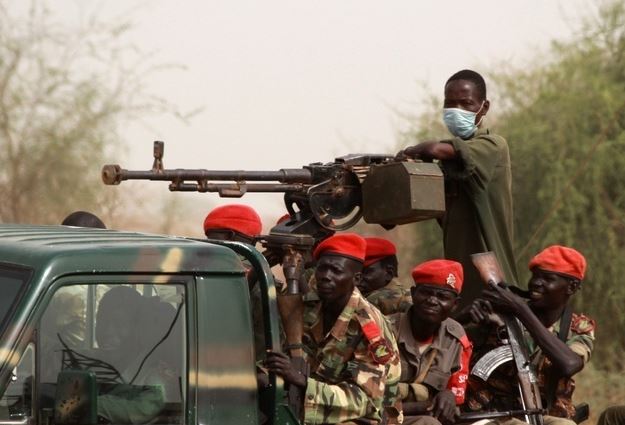 A top South Sudanese rebel commander and his forces on Friday rejoined the government of President Salva Kiir amid a wave of opposition fragmentation since an amnesty was granted to armed groups in the country's civil war early this month.

Gathuoth Mut, who was until recently the spokesperson of the rebel group, the South Sudan United Movement/Army led by Peter Gadet, arrived in the South Sudanese capital Juba on Friday with more than 20 soldiers.

He said at least 5,000 of his forces have assembled in the northern part of the country awaiting transportation to the capital, a claim not independently verified.

Mut said he responded to the amnesty in order to end the ongoing civil war in the East African nation.

"We welcome the initiative made by the president of South Sudan to open the road for everybody outside South Sudan and I urge those who are still outside to come home. Peace is more important now because our country is already devastated," the rebel official told reporters upon arrival.

South Sudanese leader Kiir in early August pardoned his rival and former deputy Riek Machar and other estranged groups, after they signed a new peace deal in neighboring Sudan on Aug. 5.

Following the announcement of the amnesty, several rebel commanders and hundreds of forces have rejoined the government and it signifies the quest for peaceful resolution of the conflict, said Lul Ruai Koang, spokesperson for the Sudan People's Liberation Army (SPLA).

South Sudan descended into civil war in late 2013, and the conflict has created one of the fastest growing refugee crises in the world.