More than a thousand people are feared to have died in a cyclone that smashed into Mozambique last week, while scores were killed and more than 200 are missing in neighbouring Zimbabwe. 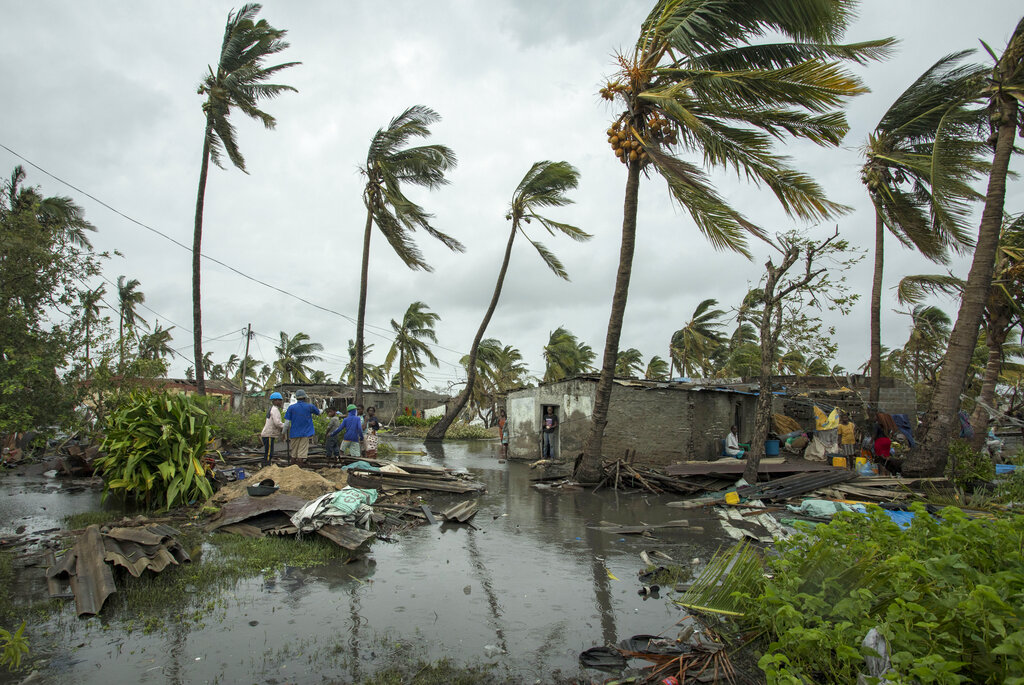 People return to their homes following a cyclone, and heavy rain in the coastal city of Beira, Mozambique, Sunday March 17, 2019. (Photo: AP)

The city of Beira in central Mozambique bore Cyclone Idai's full wrath on Thursday before the storm barrelled on to neighbouring Zimbabwe, unleashing fierce winds and flash floods and washing away roads and houses.

"For the moment we have registered 84 deaths officially, but when we flew over the area... this morning to understand what's going on, everything indicates that we could register more than 1,000 deaths," Mozambican President Filipe Nyusi said in a nationwide address.

Survivors have taken refuge in trees while awaiting help, the president added.

Aerial photographs released by a Christian non-profit organisation, the Mission Aviation Fellowship, showed groups of people stuck on rooftops with flood waters up to window level.

"The scale of damage... (in) Beira is massive and horrifying", the International Federation of Red Cross and Red Crescent Societies (IFRC) said.

Ninety percent of the city of some 530,000 people and its surrounding area has been "damaged or destroyed," it said in a statement.

"The situation is terrible. The scale of devastation is enormous," the IFRC's Jamie LeSueur said.

"Almost everything is destroyed. Communication lines have been completely cut and roads have been destroyed. Some affected communities are not accessible."

A large dam burst on Sunday and cut off the last road to Beira, he said.

Sofala province governor Alberto Mondlane warned that the "biggest threat we have now, even bigger than the cyclone, is floods because it's raining more and more".