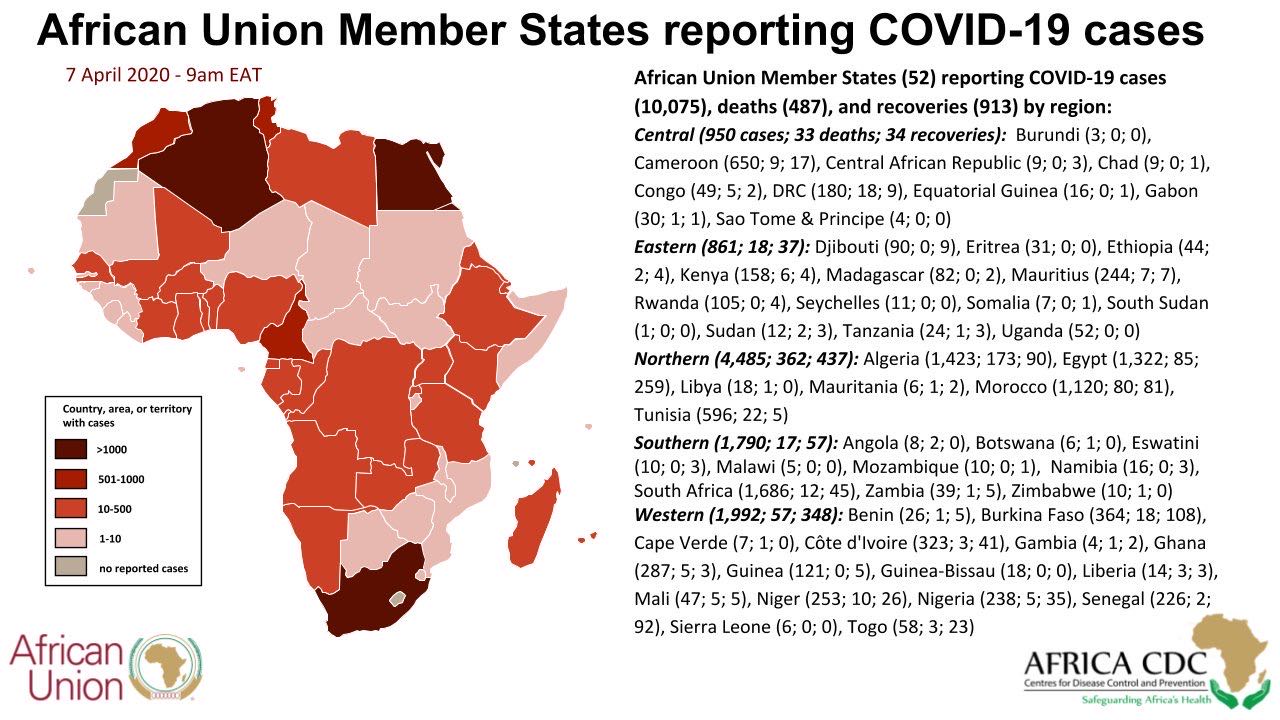 Johannesburg (People’s Daily) - In Africa, 52 countries have reported more than 10,000 confirmed cases of COVID-19 as of Tuesday morning. There have been 417 deaths, while 913 have recovered so far among 10,075 confirmed cases, according to a report from the Africa Centres of Disease Control and Prevention (CDC).

Sao Tome and Principe has confirmed its first four COVID-19 cases, becoming the 52nd African state to report a case. Prime Minister Jorge Bom Jesus said the confirmation came after test results returned from Gabon on Monday. Only two African countries, Comoros and Lesotho, have no confirmed cases of COVID-19.