WORLD More than 10 people killed in shooting in Canada

More than 10 people killed in shooting in Canada 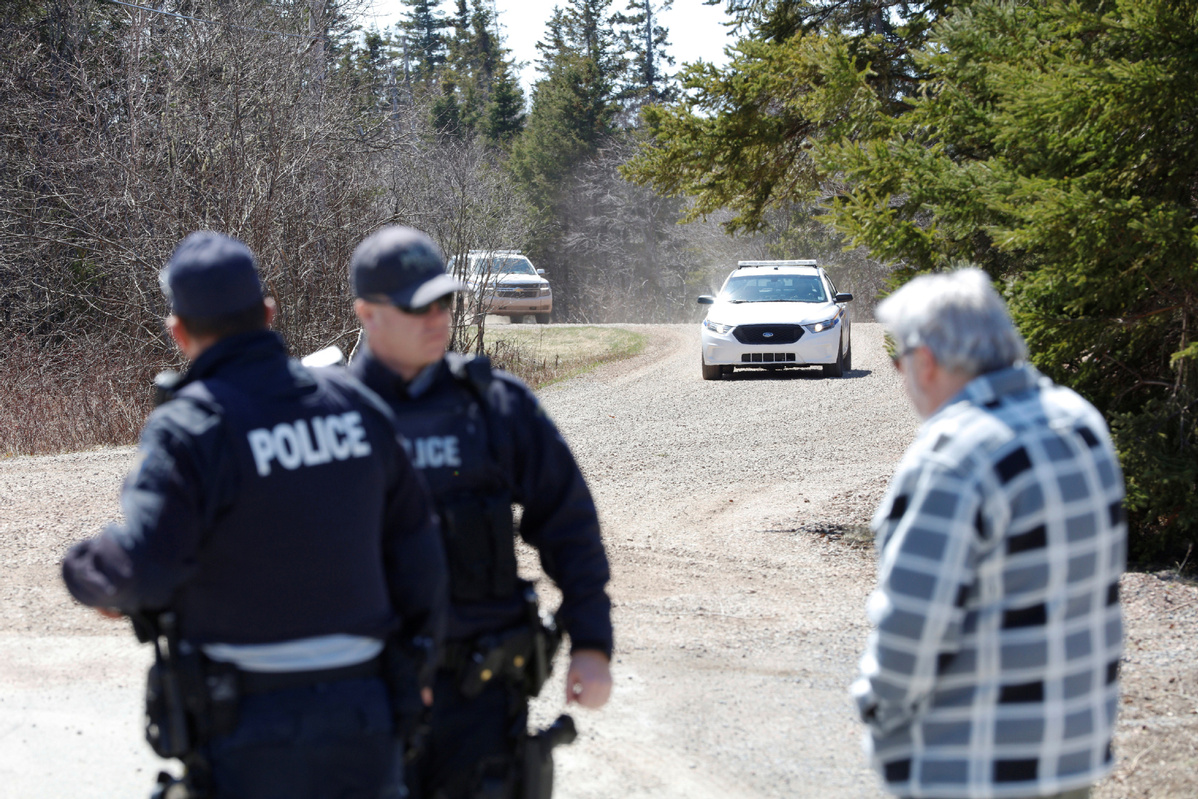 Royal Canadian Mounted Police (RCMP) officers speak with a man, as two RCMP vehicles travel on Portapique Beach Road, after the police finished their search for Gabriel Wortman, who they describe as a shooter of multiple victims, in Portapique, Nova Scotia, Canada April 19, 2020. (Photo: Agencies)

OTTAWA - More than 10 people, including a police officer, were killed and several others were wounded in a shooting spree in Portapique, Nova Scotia province of Canada on Sunday, according to CTV.

Nova Scotia Premier Stephen McNeil called the incident "one of the most senseless acts of violence" in the province's history.

Canadian Prime Minister Justin Trudeau offered his condolences. "My heart goes out to everyone affected in what is a terrible situation. I want to thank the police for their hard work and people for cooperating with authorities."

"Our hearts are heavy with grief and sadness today as we have lost one of our own. Our thoughts go out to our member's family and friends," said Brian Sauve, president of the National Police Federation union, in a statement.