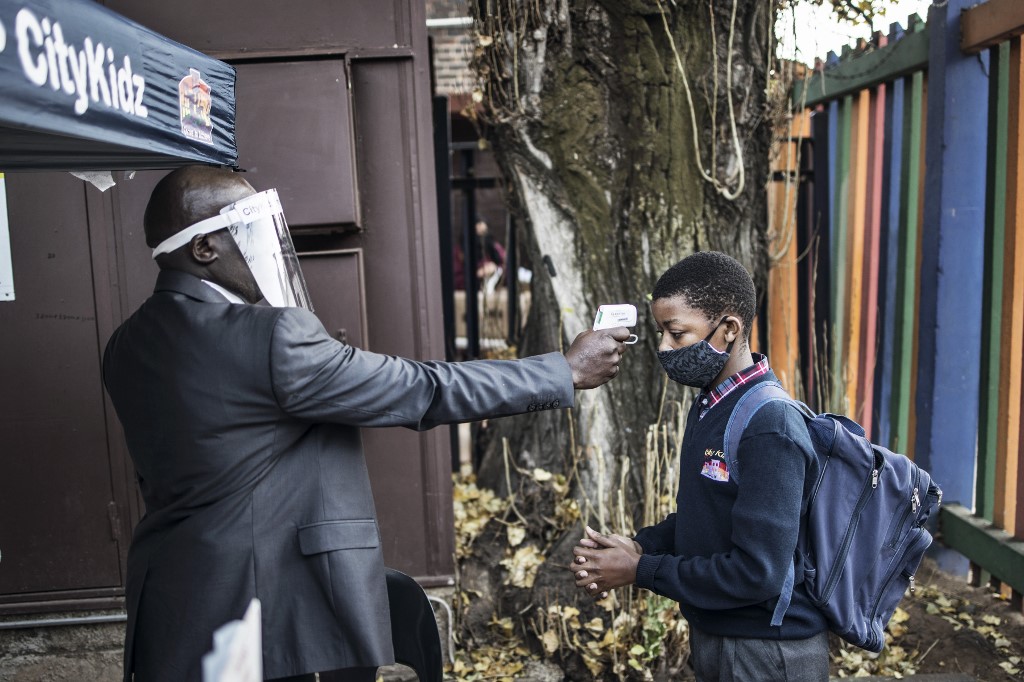 A pupil at the City Kidz Pre & Primary School in the Inner City district in Johannesburg has his temperature measured as he enters the school premises on June 1, 2020. (Photo: AFP)

There have been 4,344 deaths, while 63,661 have recovered so far among 152,442 confirmed cases, according to a report from the Africa Centres of Disease Control and Prevention (CDC).