WORLD More than 250 arrests in Nordics in global crime sting

More than 250 arrests in Nordics in global crime sting 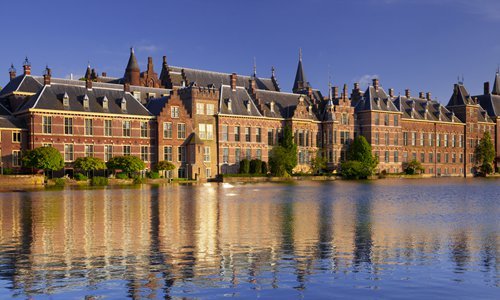 Some 250 people were arrested in Sweden and Finland in a global sting on organized crime using planted encrypted phones, authorities said Tuesday, with only Australia registering more arrests.

Out of a total of over 800 arrests across 16 countries, 155 arrests were tied to Swedish investigations and another 100 were arrested in Finland. Australia said it had charged more than 200 people.

On Monday, 70 people were arrested in Sweden and another five in Spain, in addition to another 80 Swedish arrests tied to the operation, Staaf told the press conference organized by Europol in The Hague.

"Many of them [were] persons with essential roles and heavy influence on the drug market. Those who instigate murders and violence, by shootings and explosions, right in the middle of the Swedish society," Staaf said.

Sweden has for years struggled to counter a rise in crime tied to criminal gangs, which has resulted in a spike of fatal shootings and bombings in an otherwise peaceful country.

Using phones planted by the US FBI, law enforcement officers were able to read the messages of global underworld figures in around 100 countries as they plotted drug deals, arms transfers and gangland hits on a compromised ANOM device.

Of the total 12,000 ANOM users, Swedish police had access to about 1,600 accounts, and eventually honed in on around 600 people, according to the police.

Using this information, Swedish police had been able to "prevent more than 10 planned murders within Sweden," said Staaf.

Asked why there had been such a high number of arrests in Sweden, she said they had not yet done any analysis of "the high share of connections to Sweden."

"Many Swedish actors or actors with links to Sweden have been drawn to this particular platform," Staaf said in an emailed statement.