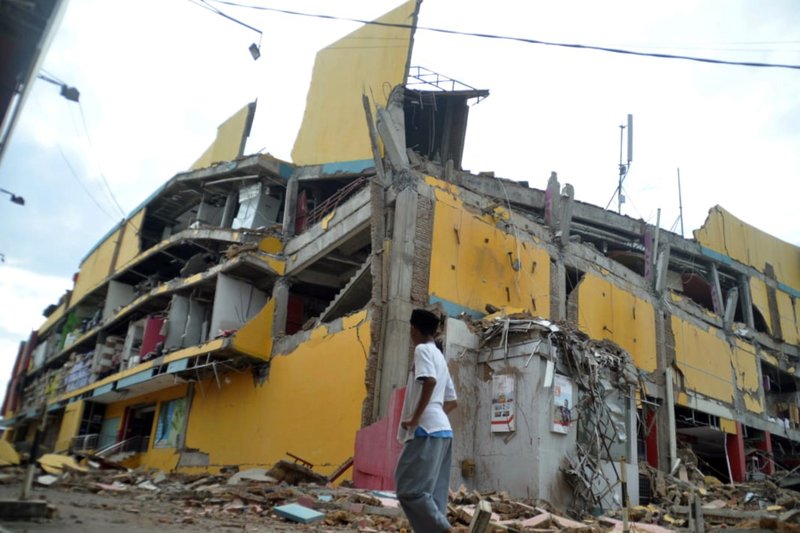 The quakes and the tsunami leveled 65,733 houses and scores of buildings as well as infrastructure facilities, the spokesman said.

"The evacuees are now taking shelter in 109 places in the province."

The catastrophes have so far killed 1,249 people in the province and the number is expected to rise, the spokesman said.

"The latest number of the dead is 1, 234 but minutes ago we got information that rescuers had found 31 more victims from the ruins of Roa Roa Hotel, 15 of them are dead," he told a press conference.

For the time being, the priorities of the emergency relief work include continuing evacuation of the survivors, repairing damaged electricity facilities, restoring communication facilities and accelerating supply of fuel, said Sutopo.

A total of 16 heavy machinery equipment have been working in the affected areas and scores of others are on the way to come from other provinces, he added.

As many as 6,399 personnel are involved in the search and rescue operation, comprising 3,169 soldiers, 2,033 police personnel, 111 volunteers and 1,086 personnel from the ministries and government institutions, said Sutopo.

Powerful and shallow quakes of 6.0, 7.4 and 6.1 magnitude which were followed by a tsunami struck the province on Friday with Palu, the capital of the province, and Donggala district as the hardest-hit areas.

The tsunami with the height of 0.5 to three meters devastated the coastal areas near Talisa beach in Palu city and Donggala district, the meteorology and geophysics agency said.