WORLD More US children landing in hospital with COVID-19

More US children landing in hospital with COVID-19 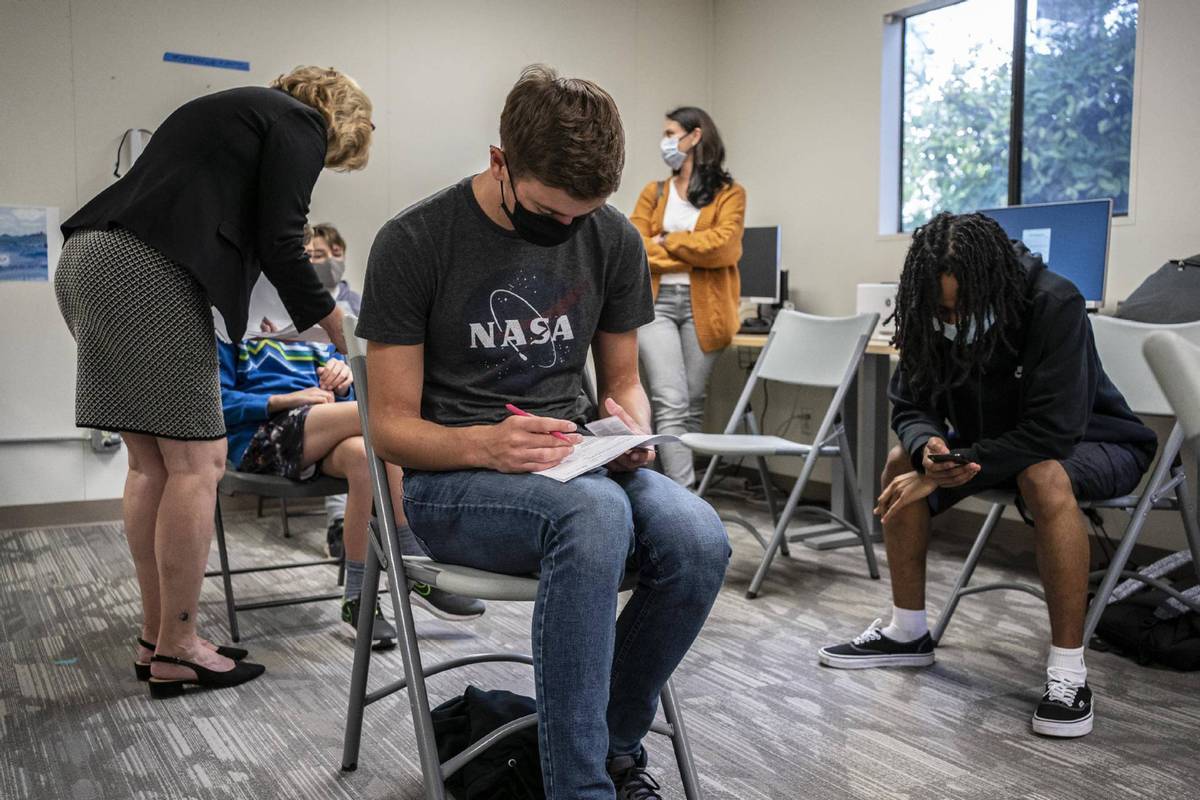 Andrew Mitchell, 14, fills out paperwork before receiving a first dose of the Pfizer COVID-19 vaccine at Harborview Medical Center on May 13, 2021 in Seattle. (Photo: Agencies)

The US is facing another peak in child hospitalizations as the Delta variant of the coronavirus hits communities.

COVID-19 hospitalizations for children have spiked and reached their highest levels last week, according to new data from the Centers for Disease Control and Prevention (CDC), which said the rate was 30 percent above the previous peak.

More than 180,000 children tested positive for the coronavirus last week, a 7 percent increase in cases since the beginning of the month. Child cases have had a fourfold increase the past month, rising from about 38,000 at the end of July to 180,000 the past week, according to the American Academy of Pediatrics. For the week ending Aug 19, children accounted for 22.4 percent of new cases, according to the data.

While the US Food and Drug Administration (FDA) granted full approval to the Pfizer/BioNTech Covid-19 vaccine Monday, children under age 12 aren't yet eligible to be vaccinated, and vaccination rates for those between 12 and 17 remain relatively low.

According to the CDC, 54.7 percent of 16-to-17-year-olds have received one dose of the vaccine, and among 12-to-15-year-olds, that number is 45.4 percent, the lowest vaccination rate for any age group.

As of Aug 18, US hospitals were tending to have an average of more than 1,200 children a day, twice the number from the end of July and four times from the start of July, according to an NBC News analysis based on data released by the Health and Human Services Department.

When adjusted for the population, pediatric hospitalizations are highest in Alabama, Florida, Delaware, Louisiana and Oklahoma; in all but Delaware, full vaccination rates are below the average national rate, NBC News reported.

Children's hospitals are facing more cases as schools reopen. Thousands of school-age children were quarantined over the past week due to coronavirus outbreaks in schools.

In Florida, nearly 20,000 students and staff members had to be quarantined after more than 6,000 coronavirus cases were identified among the state's 15 largest school districts since the start of school, according to a CNN analysis conducted last week.

Children's Hospital New Orleans has had as many as 20 children hospitalized for COVID-19 at a time in the past three weeks, Mark Kline, the hospital's physician-in-chief told The Wall Street Journal. In 2020, the number never exceeded seven, he said.

About half of the children hospitalized recently didn't have underlying conditions, he said, whereas before the Delta variant of coronavirus raised a new increase of confirmed cases, most children who were hospitalized for COVID-19 had other health issues such as asthma or diabetes. He said he suspects the Delta variant likely does cause more severe disease in children than other variants, the Journal reported.

Around a quarter of children getting tested at the hospital's outpatient clinics are positive for the virus, he said, compared with around 7 percent in earlier surges.

At the same time, 12 children were hospitalized with COVID-19 at Nationwide Children's Hospital as of Monday morning, up from three or four a few weeks ago, Dr Rustin Morse, the hospital's chief medical officer told The Columbus Dispatch. Of those 12, three were being treated in the hospital's intensive care unit and one was on a ventilator, he said.