The Moroccan military has intervened in a U.N.-patrolled border zone in the disputed Western Sahara to clear a key road it said was being blockaded for weeks by supporters of the pro-independence Polisario Front. 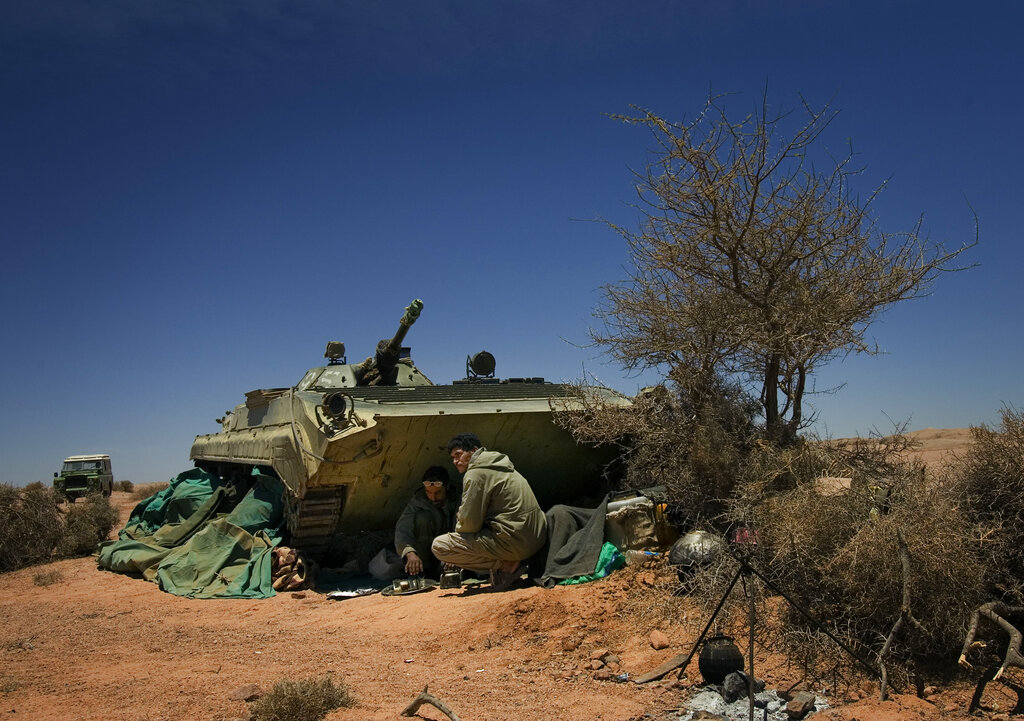 Moroccan forces set up a security cordon overnight in the Guerguerat buffer zone on Western Sahara’s southern border with Mauritania, “in order to secure the flow of goods and people through this axis,” the General Staff of the Moroccan Royal Armed Forces said in a statement Friday.

It said they intervened because about 60 people supervised by Polisario were blocking a road connecting Morocco with Mauritania, and called it a “non-offensive operation” that would involve use of arms “only in the case of self-defense.”

The Moroccan Foreign Ministry said the road has been blocked for more than three weeks.

There was no immediate comment from the Polisario or the U.N., which has peacekeeping forces in the Guerguerat buffer zone enforcing a 29-year cease-fire.

Morocco annexed Western Sahara, a former Spanish colony believed to have considerable offshore oil deposits, in 1975. The Polisario Front fought for independence and the U.N. brokered a cease-fire in 1991, and established a peacekeeping mission to monitor the truce and help prepare a referendum on the territory’s future that has never taken place.

Friday’s action came after the Polisario Front reportedly suggested earlier this week it would reconsider its engagement in the U.N.-led political process, threatening to withdraw from the cease-fire if any Moroccan civilian or military personnel enters the buffer zone.

Last month, the U.N. Security Council extended the mandate of the peacekeeping mission, known as MINURSO, for another year. The Algeria-backed Polisario Front criticized the resolution, calling it “unacceptable.”