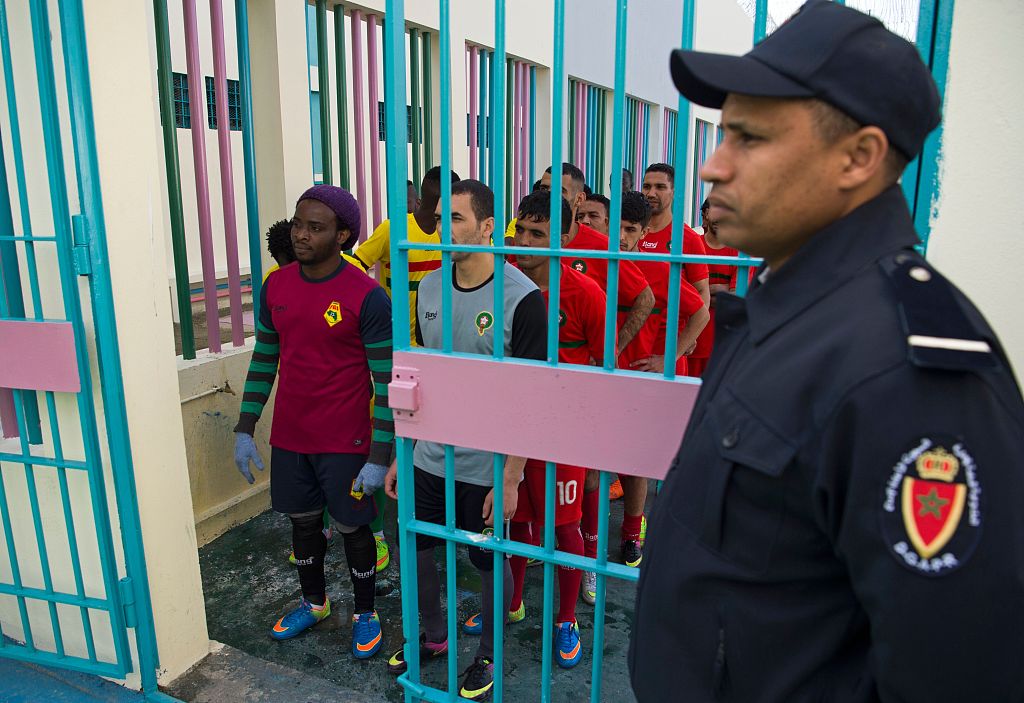 A prison warden stands next to detainees from Morocco and Guinea at the Oukacha prison in Casablanca before they compete in a mini football tournament organised by African prisoners to coincide with the CHAN-2018 competition on February 1, 2018. (File photo: VCG)

On the occasion of Throne Day celebrated Tuesday, marking his 20 years on the throne, Mohammed VI granted his pardon to 4,764 people, some in prison and others on bail, said an official statement published by Moroccan news agency MAP.

Up to 1,916 inmates benefited from pardon over their remaining prison terms, it added.

The pardon included "a number of prisoners" in the events of Al Hoceima (north), which erupted in 2016 as popular protests over lack of economic and social development.

The protests broke out in October 2016, when fish vendor Mouhcine Fikri was crushed to death after climbing into a rubbish lorry to retrieve his swordfish confiscated by police.

It also included detainees in terrorism cases who took part in the 4th edition of the Reconciliation Program (Mussalaha), the statement added.

Those detainees whose number is unknown expressed their attachment to sacred values of the nation and its national institutions, reviewed their ideological tendencies and rejection to extremism and terrorism, according to the statement.