Morocco seizes over 460 kg of cannabis 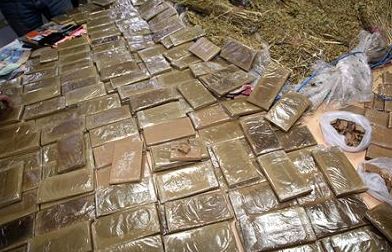 RABAT, Aug. 27 (Xinhua) -- Moroccan security services have seized on Tuesday over 460 kg of cannabis at the Tangier-Med Port and arrested two people, according to the Moroccan police in a statement.

The banned substance was concealed inside a car that was heading for Spain.

The driver, a 38-year-old Moroccan man, and his female companion were arrested and placed under investigative custody, the police said.

Despite efforts in the past decade to crack down on cannabis farming, Morocco remains the world's largest producer of cannabis resin.

According to the United Nations Office on Drug and Crime's World Drug Report 2016, Morocco ranked first among 129 countries in terms of cannabis production over the period 2009-2014, followed by Afghanistan, Lebanon, India and Pakistan.