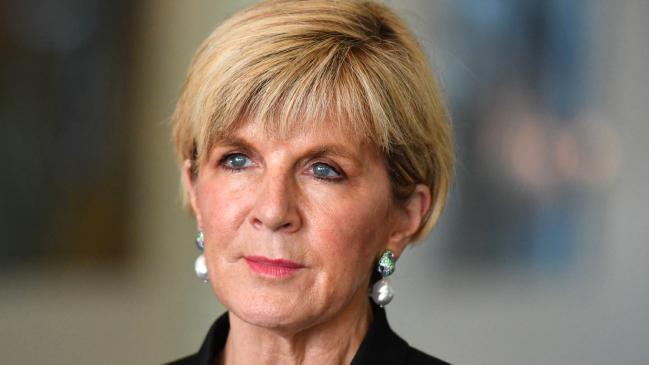 Minister for Foreign Affairs Julie Bishop’s comments are at odds with those of the Defence Minister. Picture: AAP

Australian Foreign Minister Julie Bishop has distanced Australia from the United States’ assessment of Russia and China as a strategic threat, in comments that appear inconsistent with the tenor of those from Defence Minister Marise Payne and Deputy Prime Minister Barnaby Joyce.

Earlier in January the US Department of Defence published their new National Defense Strategy, singling out China and Russia as threats.

“I don’t think China’s about to invade anybody, nor would I even suggest that, but a fact is a fact — they have extensively grown their military capacity and we have to be aware of that,” Mr Joyce said.

This morning, however, Ms Bishop said Australia did not see Russia and China as a military threat.

“We have a different perspective on Russia and China clearly — we do not see Russia or China posing a military threat to Australia, we continue to work closely with China in fact we undertake military exercises with China as well as with other countries in the region and we will continue to do so.”

Malcolm Turnbull was asked about the dissonance in his minister’s comments and said Australia did not see China as a threat but always planned ahead.

“Apart from North Korea, there is no country in the region that shows any hostile intent towards Australia,” Mr Turnbull said.