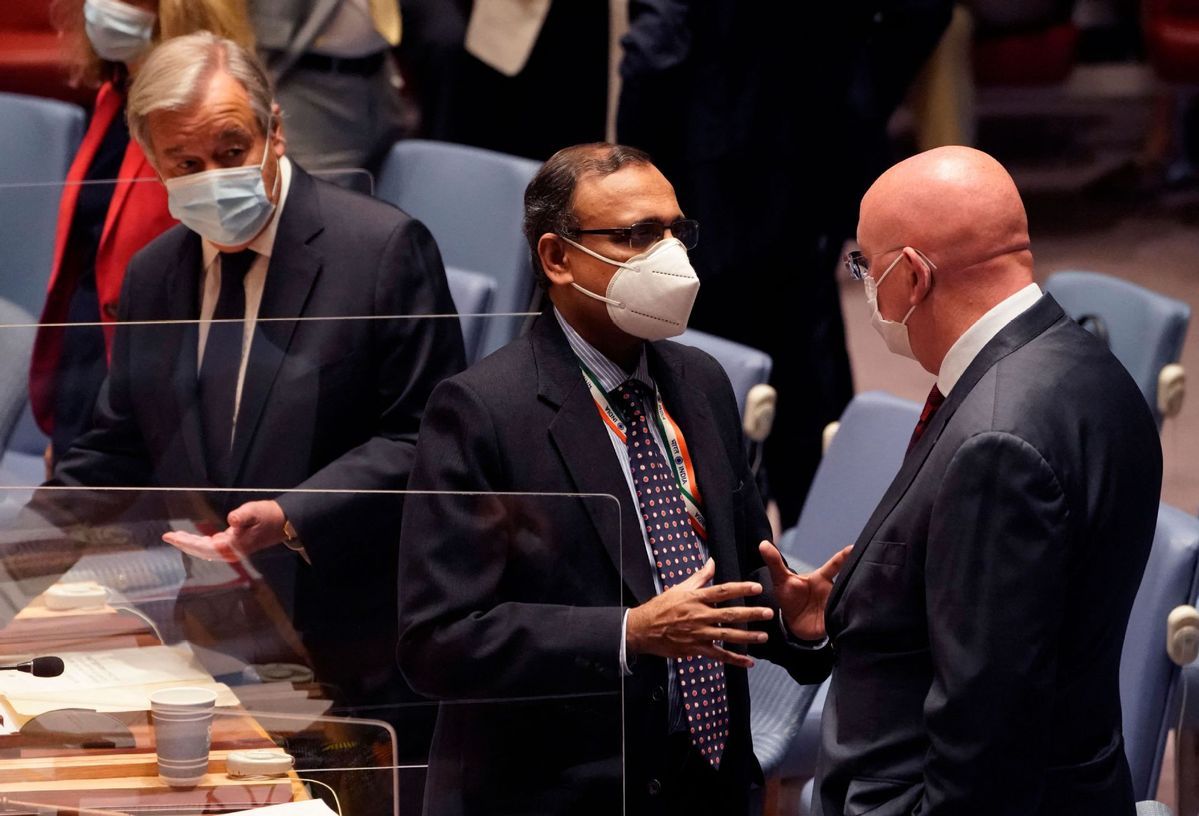 The Russian Foreign Ministry slammed the United States for its unsuccessful "geopolitical experiments" on Monday, criticizing the US administration for shrugging off its decadeslong responsibility in Afghanistan.

Maria Zakharova, the ministry's spokeswoman, said on social media that the Taliban had taken control over Afghanistan after US President Joe Biden announced the withdrawal of US troops on April 14. In his April announcement, Biden also mentioned the addresses of then-US president Ronald Reagan delivered to the Afghans in three consecutive years from 1983.

"Each speech contained an obligatory passage greeting 'freedom fighters' in Afghanistan," she said in her Telegram channel.

Zakharova said Washington carried out geopolitical experiments in the Islamic country, calling the mujahedeen a movement that rose up to challenge the presence of foreign military forces that threatened their religion and way of life. She made the comments in response to the US criticism of the Soviet invasion of Afghanistan.

"The US has never claimed responsibility for their geopolitical experiments," she said.

Fyodor Lukyanov, an adviser to Russian President Vladimir Putin on foreign policy, said this has been a PR disaster for the US.

"The desperate images from Kabul airport will go into the history books," Lukyanov said.

Former Soviet leader Mikhail Gorbachev on Tuesday warned against repeating the mistakes of the US invasion of Afghanistan.

"From the very start (the US invasion) was a bad idea," said the 90-year-old Gorbachev to the RIA Novosti news agency. "Failure should have been admitted earlier."

Though the Taliban are still formally proscribed as a terrorist organization under Russian law, Moscow has become a regular venue for peace talks between the two sides in Afghanistan's civil war, with a delegation visiting the Russian capital for talks with Foreign Minister Sergei Lavrov in July.

Lukyanov said this history of contact between the two sides means Russia is unusually well placed for the transition to a Taliban-led Afghanistan.

"Of course, the Russian Foreign Ministry has good contacts with the Taliban that go way back," Lukyanov said.

His view was echoed by the Russian Foreign Ministry's statement on Monday that announced Moscow has established working contacts with Kabul's new authorities in order to ensure security of the Russian diplomatic mission.

"The Russian embassy in Kabul continues to function as usual. The working contacts with the representatives of the new authorities have been established in order to ensure security of the Russian foreign institution," the statement said.

As written in its statement, the Russians are carefully monitoring the situation unfolding in Afghanistan after the Taliban's rise to power "following a practically complete absence of resistance on the part of the national armed forces trained by the US and its allies".

On Monday evening, Lavrov discussed the situation in Afghanistan with US Secretary of State Antony Blinken.

Russia's Foreign Ministry said the two diplomats "discussed the situation in Afghanistan after the flight of the country's leader, disintegration of the existing government bodies and a de facto ongoing regime change", according to a report from The Associated Press.

It said Lavrov had shared Russia's assessments of the situation and Moscow's contacts with the "representatives of all main political forces in Afghanistan in the interest of ensuring stability and order". The two agreed to continue consultations that would involve China, Pakistan, other interested nations and the United Nations to try to press for an intra-Afghan dialogue.