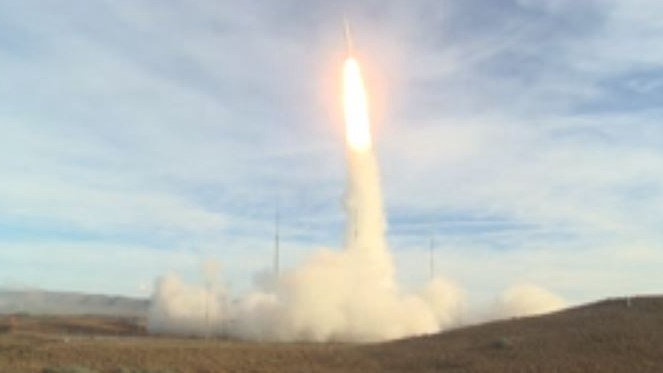 MOSCOW, Dec. 13 (Xinhua) -- Moscow is concerned about the test conducted by the United States of a missile previously banned by the Intermediate-Range Nuclear Forces (INF) Treaty, Vladimir Yermakov, director of the Non-Proliferation and Arms Control Department of the Russian Foreign Ministry, said Friday.

Yermakov said the test was carried out just a few months after the United States exited from the INF Treaty, which indicates that the United States had started developing weapons banned by the agreement long ago.

The US Department of Defense said in a statement on Thursday that the US Air Force had conducted a flight test of a prototype conventionally-configured ground-launched ballistic missile from Vandenberg Air Force Base, California.

The test missile flew over 500 km before it terminated in the open ocean, said the statement.

The former Soviet Union and the United States signed the INF Treaty in 1987, which prohibited possessing, developing and testing ground-launched missiles with a range of 500-5,500 km.

In recent years, Moscow and Washington have accused each other of violating the treaty amid increasing tensions. The two countries formally withdrew from the treaty in August.