MOSCOW, Feb. 6 (Xinhua) -- Russia will not take an active position in negotiating new arms control treaties, but will wait for response from the West to its numerous initiatives in this sphere, Russian Foreign Minister Sergei Lavrov said Wednesday. 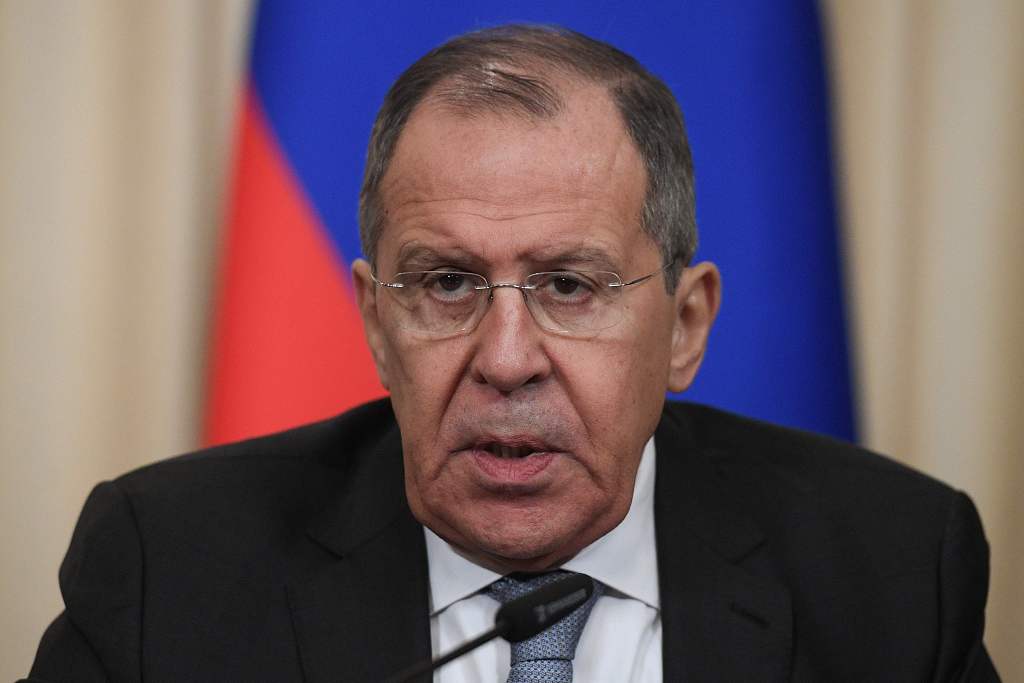 "There is no shortage of initiatives related to these issues that we sent to our US and Western NATO colleagues," Lavrov told reporters after a meeting with his Turkmen counterpart Rasit Meredow in Turkmenistan's capital city of Ashgabat.

His statement was broadcast directly by the Russian Foreign Ministry.

Lavrov recalled that Russia had repeatedly reminded its Western partners of its initiatives and called for a start of talks without delay, in particular, on issues related to the possible extension of the Strategic Arms Reduction Treaty (START 3), which expires in 2021.

However, as there was no reaction from Western partners, including the United States, Russian President Vladimir Putin gave instructions not to take an active position and "calmly wait when and if our Western partners are ripe to respond to proposals that had long been sent to them on the whole range of problems of strategic stability," Lavrov said.

The United States has announced its withdrawal from Feb. 2 from the Intermediate-Range Nuclear Forces (INF) Treaty, a benchmark arms limitation agreement signed in 1987.

US President Donald Trump in his State of the Union address on Tuesday night said that Washington is ready to consider an agreement replacing the INF Treaty with a greater number of participants.