Moscow police detain about 300 people for participation in unauthorized rally 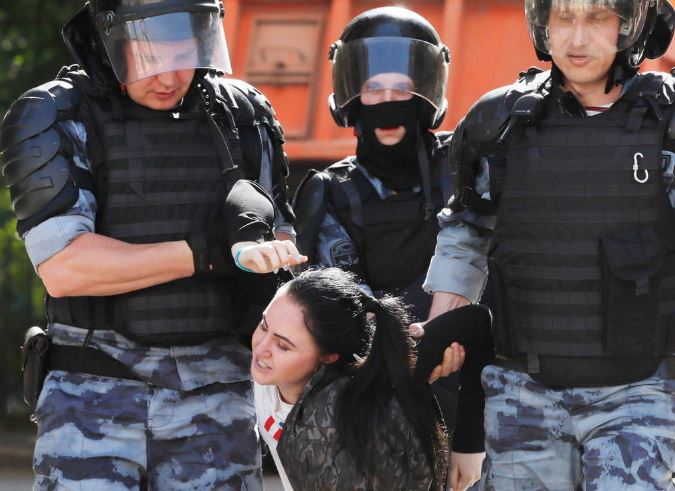 "At an unauthorized rally in the center of the capital, 295 people were detained for disturbing public order. A significant number of detainees are not residents of Moscow," the ministry said in a statement.

All detainees have been taken to the territorial police departments for investigation, it added.

Earlier in the day, Moscow Mayor Sergei Sobyanin said on Twitter that the rally was "serious provocations that pose a threat to the security, life and health of people" and that order in the city will be ensured in accordance with applicable law.

The demonstrators were reportedly protesting Moscow authorities' decision to impose a ban on several opposition candidates, who allegedly used fake signatures on their nominating petitions, from the city council election in September.