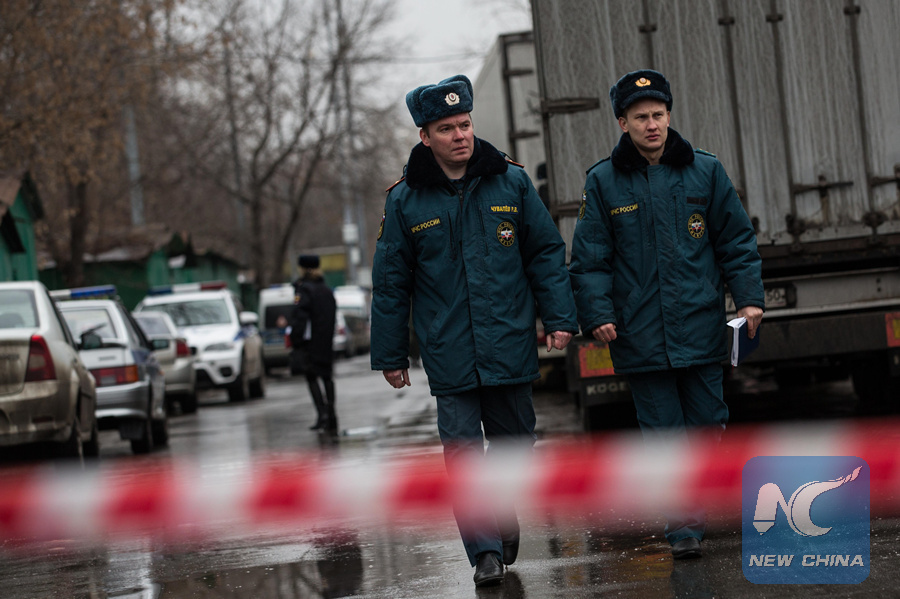 Moscow's police have detained a man suspected of shooting dead a security guard at a confectionery factory in the northwest of the Russian capital Wednesday, the Russian Interior Ministry said Thursday.

In a statement, the police said the suspect, former owner of the factory, was arrested north of the central Moscow and was delivered to an office of the Investigative Committee for interrogation.

On Wednesday, the ministry said the suspect killed the guard in a clash with the current management.

The office of the Moscow Prosecutor Vladimir Churikov said in a separate statement on Wednesday that the shooting took place after bailiffs came to collect money from the indebted factory following a ruling by the Moscow Arbitration Court.

Local media reported that the suspect, Ilya Averyanov, took hostages in the factory building. But the Interior Ministry denied the reports.

Averyanov said he was the victim of an illegal seizure of his property and of an armed attack.

He confessed shooting one person, saying that he intended "to fight to the end," according to a transcript published Wednesday by Business FM Radio, which managed to reach the suspect via phone.

Averyanov managed to escape from the factory before a police cordon was set up.

The Russian Investigative Committee said it had initiated a criminal case against the suspect for homicide and illegal possession of weapons.