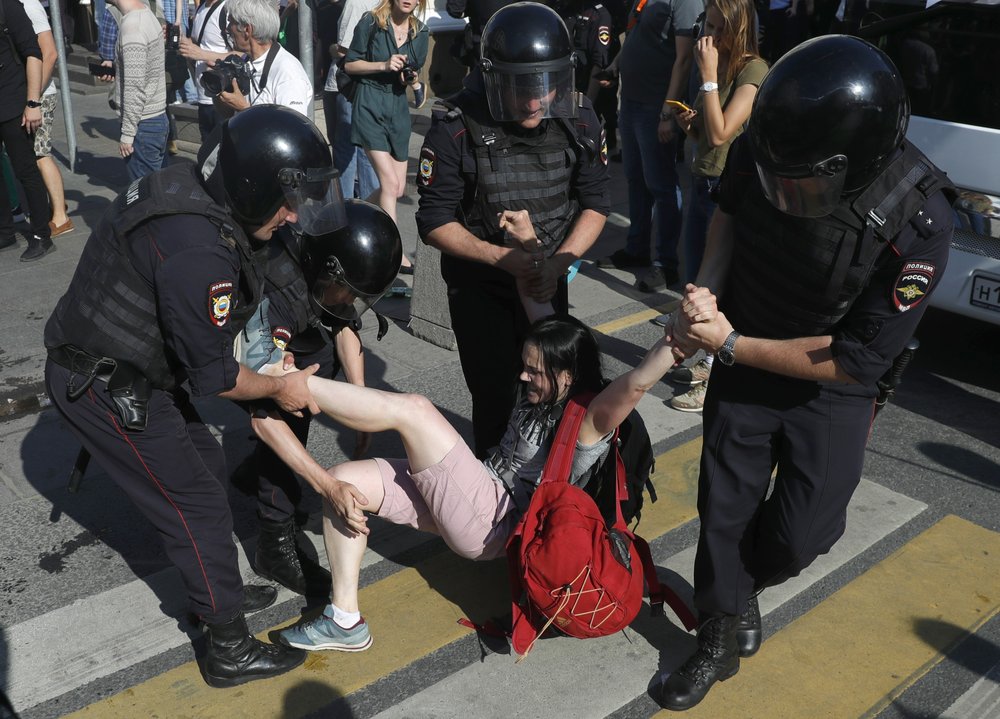 Police officers detain a woman during an unsanctioned rally in the center of Moscow, Russia, Saturday, July 27, 2019. (Photo: AP)

Moscow police say more than 1,000 people have been arrested in a day of protests against the exclusion of several opposition candidates from the ballot for this fall’s city council elections.

The protests Saturday lasted more than seven hours, first in the area of the mayor’s office and then moving to a square about a kilometer (half-mile) away.

State news agencies Tass and RIA-Novosti cited police as saying 1,074 people had been arrested. There was no immediate information what charges they face.