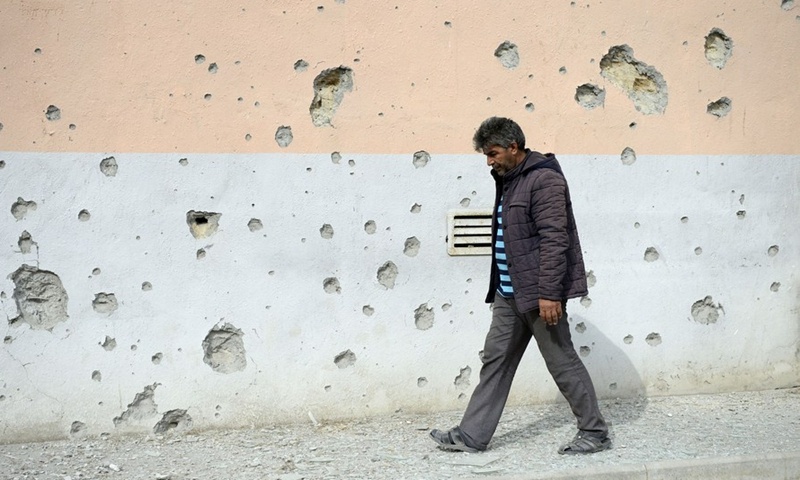 Photo taken on Sept. 29, 2020 shows a man walking by a house damaged during clashes in the Tartar district bordering the Nagorno-Karabakh region. (Photo:Xinhua)

Moscow is ready to provide a platform for organizing relevant contacts, including for holding a meeting of the foreign ministers of Azerbaijan, Armenia and Russia, Lavrov said, according to a press release by the Russian Foreign Ministry. 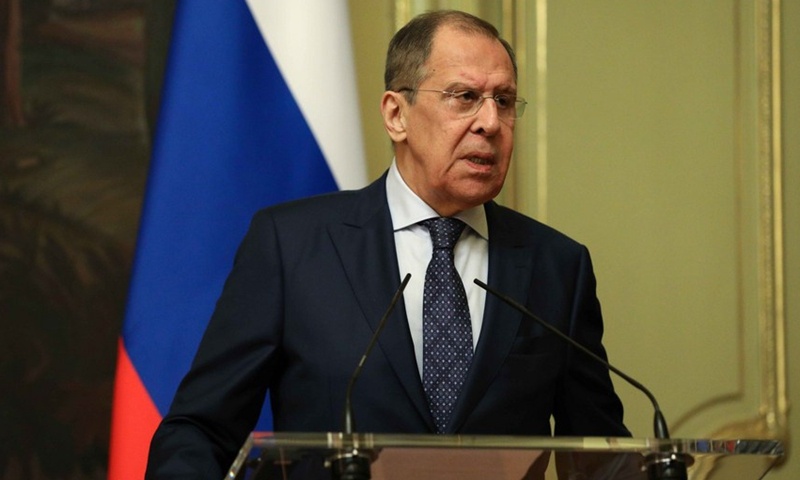 The Russian side calls for an immediate ceasefire and the de-escalation of tensions, as well as for the prevention of provocative and militant rhetoric.

The need for an early return of the parties to the negotiating table was underlined, according to the ministry.

Lavrov stressed that Russia will continue to make mediatory efforts individually and along with the other co-chairs of the Organization for Security and Co-operation in Europe (OSCE) Minsk Group to create conditions for the settlement of the Nagorno-Karabakh conflicts by political and diplomatic means.

A new round of clashes broke out on Sunday morning along the contact line of the disputed Nagorno-Karabakh region between Armenia and Azerbaijan.

Armenia and Azerbaijan have been at loggerheads over the mountainous region of Nagorno-Karabakh since 1988. Peace talks have been held since 1994 when a ceasefire was reached, but there have been occasional minor clashes along the borders.