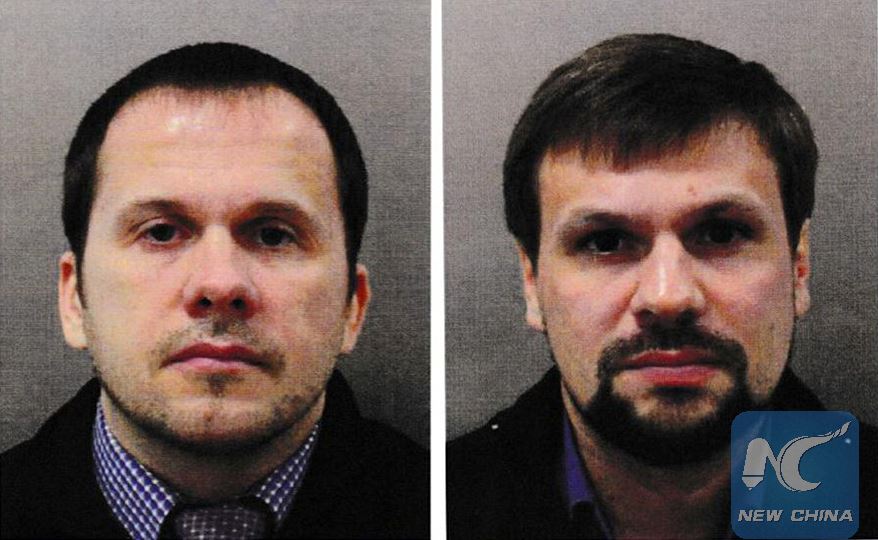 The statement made by British Prime Minister Theresa May on Wednesday over the poisoning of former Russian spy Sergei Skripal and his daughter Yulia was "absolutely unacceptable," the Russian Foreign Ministry said.

"It contains a number of peremptory accusations against Russia and two of our citizens. We strongly reject these insinuations," the ministry said in a statement.

Traces of the deadly nerve agent Novichok used in the attack have been found in a London hotel, May told MPs earlier in the day in the House of Commons.

She said in an official statement that the British police and intelligence agencies have identified two Russian nationals they believe were responsible for the attack in March in the British city of Salisbury which left Sergei and Yulia fighting for their lives.

Russian Foreign Ministry spokesperson Maria Zakharova said on Rossiya-1 TV channel that Britain should provide fingerprints of the suspects to Interpol as these people allegedly from Russia must have received British visas.

The poisoning case triggered a diplomatic crisis with Russia and Western countries mutually expelling a large number of diplomats. The United States has also imposed massive economic sanctions against Russia over the incident.

Russia has been denying any involvement in the case.