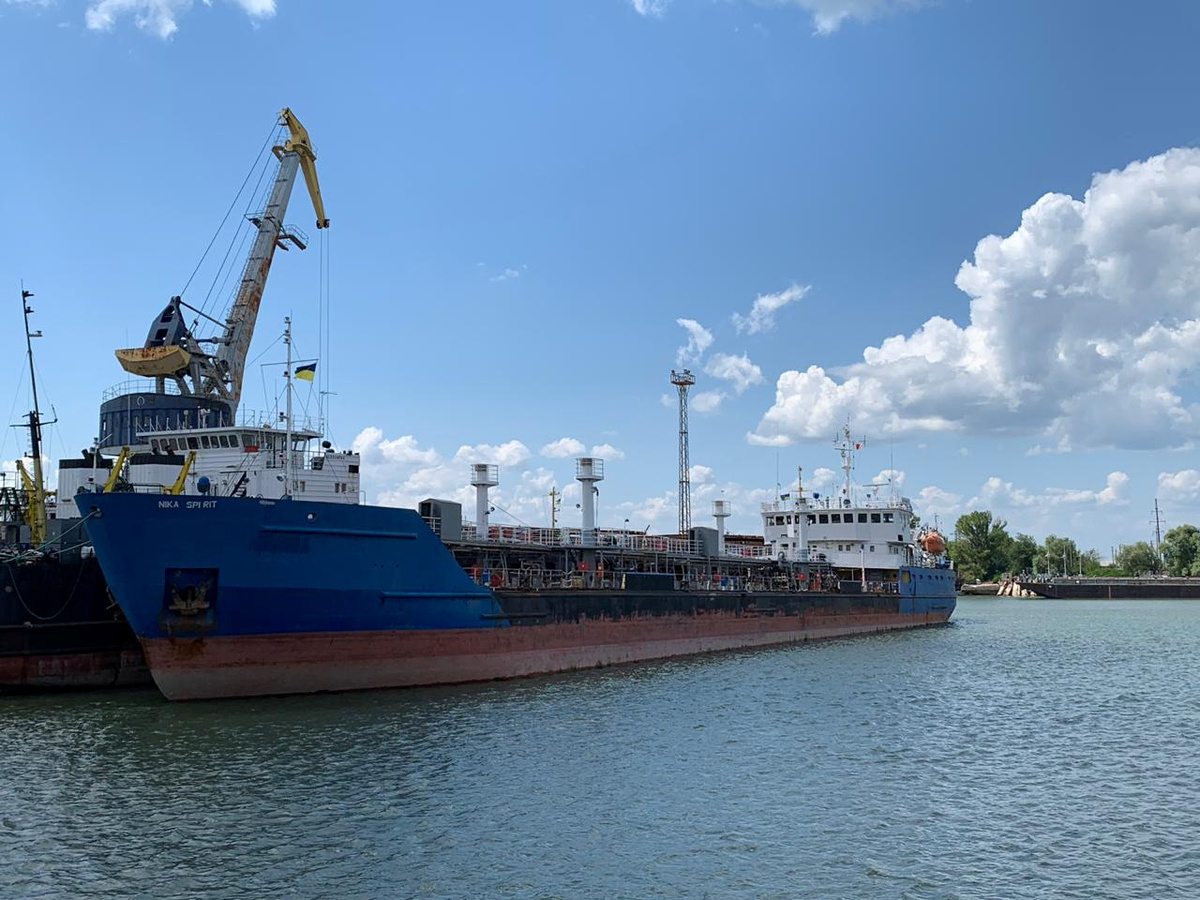 A view shows the Russian tanker, now called Nika Spirit and formerly named Neyma, which was detained by the Ukrainian security service in the port of Izmail, Ukraine in this handout picture obtained by Reuters on July 25, 2019. (Photo: Agencies)

Sailors on board of the Russian tanker detained in the Ukrainian port of Izmail have not been charged with anything by Kiev and will soon return to Moscow, Russian Commissioner for Human Rights Tatyana Moskalkova said Thursday.

According to Moskalkova, she talked to her Ukrainian counterpart Lyudmila Denisova and was told that the Russian sailors were not detained or accused of violating Ukrainian law and are currently on their way back to Russia.

"Ten sailors, citizens of the Russian Federation, are currently traveling from Ukraine to Moldova on a bus ... Their passports have been checked and they were put on a bus en route to Moldova, from where they will fly to Moscow," Moskalkova was quoted by RIA Novosti news agency as saying.

The Russian embassy in Kiev also confirmed that the sailors of the Russian tanker are going home while the vessel remains in Ukraine, Russian media reported, citing a spokesman of the embassy.

Earlier in the day, Ukrainian Security Service together with the Military Prosecutor's Office had detained the Russian NEYMA tanker in Izmail for its alleged involvement in last year's Kerch Strait incident.

The tanker was reportedly searched by Ukrainian investigators and prosecutors "with court permission" and its crew members were questioned.

Ukrainian media later cited sources in the security service as saying that the sailors have been released.

In November 2018, Russia seized three Ukrainian warships and 24 sailors on board near the Kerch Strait connecting the Black Sea and the Sea of Azov, accusing them of breaching the Russian border.

Tensions have flared up between Russia and Ukraine following the incident. Moscow has called the incident a provocation, while Kiev denied any wrongdoing and western countries denounced the "aggressive" actions of Russia.