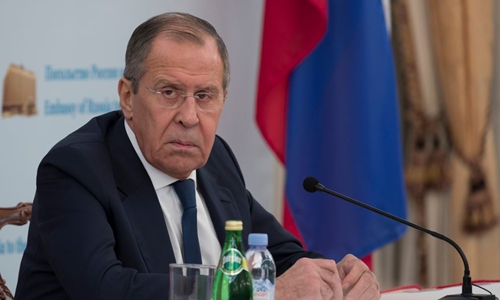 Moscow is studying a report published by the US Department of Energy (DOE), which mentions Washington's intention to squeeze Russia out of nuclear technology markets, the Russian Foreign Ministry said in a statement.

"We are currently studying the report of the working group on nuclear fuel published by the US Department of Energy. A significant part of the report is devoted to pushing Russia and China from the international market for goods and services related to nuclear energy. Moreover, there is every reason to believe that not only subsidies of the relevant US industries will be used, but also non-economic methods", the ministry said, responding to a request for a comment on the report.

In particular, the report outlines a possible strategy of seeking the "adaptation" of national legislation of some countries in order to ensure the privileged position of US suppliers with the active participation of Washington, the ministry said. "There is nothing new here", it added.

Over the past decade, Washington has paid very little attention to the development of its own nuclear energy, and therefore lags behind leaders in most areas, from uranium mining to the construction of nuclear reactors and spent nuclear fuel management, the ministry added.

"Now the US authorities apparently intend to improve the situation", it suggested, adding that this requires significant financial investments.

In order to achieve it, it is necessary to occupy a significant share of the international nuclear energy market, and the US administration is well aware that it is impossible to do this through fair competition in an acceptable time because of the lag, the ministry said.

"Therefore, Washington intends to use non-economic leverage. Such actions by the United States raise the question of what the principles of free trade advocated by Washington stand for and whether, in principle, one should adhere to any rules in relations with a state that itself does not comply with any rules and changes them in a way that is beneficial for it at the moment", it concluded.

On 23 April, the US Department of Energy released a report from a nuclear fuel working group, established by President Donald Trump in July, to "outline a strategy to restore American nuclear energy leadership", according to the DOE's statement.