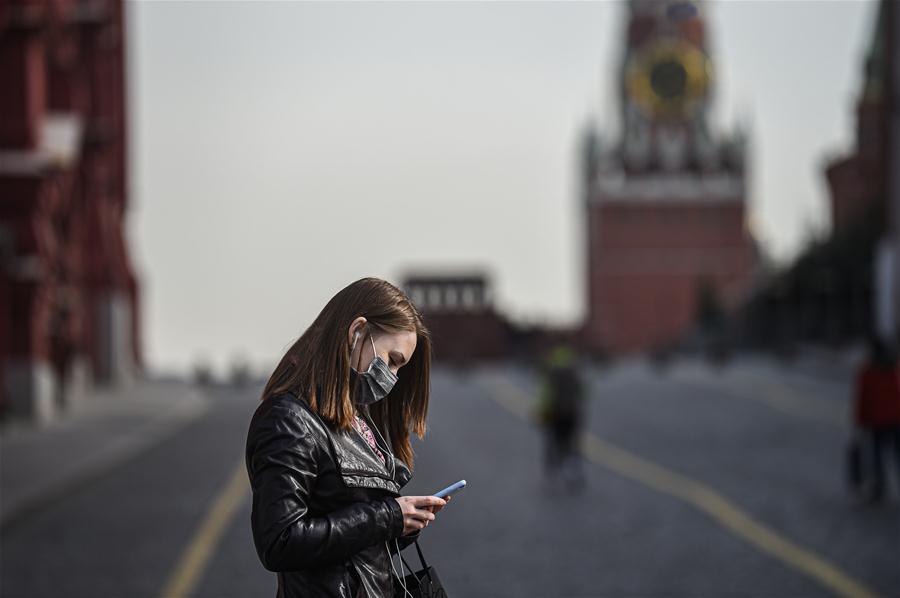 A woman wearing a protective mask looks at her cellphone in Moscow, Russia, on March 27, 2020. (Photo: Xinhua)

Moscow Mayor Sergei Sobyanin on Wednesday announced an easing of the Russian capital's lockdown starting June 1, including the reopening of non-food shops.

"Today we can already talk about the next steps out of the crisis situation," Sobyanin told President Vladimir Putin, adding: "I propose from June 1 to reopen not only food retail but all non-food retail."

He also announced other measures including allowing people to take walks under some limitations.