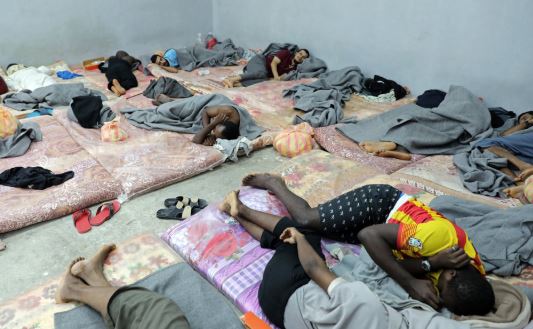 Cairo (People’s Daily) -- 21 out of 22 countries in the Eastern Mediterranean region are now reporting cases of COVID-19, including new reports of 5 confirmed cases in Syria and one confirmed case in Libya, the WHO Regional Director Dr Ahmed Al-Mandhari announced in a media release on Friday.

“The emergence of the virus in much more vulnerable countries with fragile health systems in the region, including Syria and Libya, is of special concern,” Mandhari said.

“Of equal concern are global shortages in laboratory testing kits and protective equipment for health workers, as well as travel restrictions and border closures. All of these are impeding WHO’s ability to provide urgently needed technical expertise and supplies to these and other countries.”

According to the WHO Eastern Mediterranean office, more than 9 years of war have heavily impacted the capacity of the Syrian health sector, with only 50 percent of public hospitals and 47 percent of public primary healthcare centers fully functional as at the end of 2019. Additionally, thousands of qualified health professionals have fled the country.

The WHO is working from both inside Syria and at the cross-border region of Gaziantep in Turkey to accelerate preparedness and response for the first COVID-19 cases. Testing for suspected COVID-19 cases in northwest Syria started two days ago after a shipment of 300 test kits reached a WHO partner.

The results of the first eight suspected cases have all turned out negative. Some 600 additional kits will reach the laboratory in Idlib Saturday, and a shipment of 5000 testing kits is scheduled to arrive in Idlib next week.

Due to the overcrowded living conditions and inadequate space for self-isolation in Idlib camps and host communities, community and camp-based isolation is to be introduced to restrict movement of suspected cases.

WHO and its partners are currently training 540 health workers from 180 health facilities in the northwest, on staff and patient safety and infection prevention and control.

In Libya, growing levels of insecurity, political fragmentation, and a weak health system limit the country’s ability to implement effective preparedness and response measures for COVID-19.

Outbreak response capacities are extremely limited in eastern Libya, and almost non-existent in the country’s south. Large and frequent population movements between Libya and other affected countries increases the risk for a population of vulnerable people.

Vulnerable populations across the country, such as IDPs, migrants and refugees are more susceptible to disease due to limited access to health care, information about the disease, and deteriorated living conditions. The situation in formal and informal detention centers and prisons is of special concern.

Together with the National Centre for Disease Control and Ministry of Health, WHO and its health sector partners have prioritized six technical areas for urgent support to enable the country to better detect and respond to COVID-19.

These include enhancing national disease surveillance; strengthening rapid response teams across the country; supporting screening and testing at points of entry; improving laboratory capacity; increasing health information and communication; and supporting the establishment of isolation wards/departments in selected hospitals and quarantine areas at points of entry.