Most early COVID-19 cases in New York City trace back to Europe: CDC

WASHINGTON, July 16 (Xinhua) -- Sequences of most early SARS-CoV-2-positive specimens in New York City (NYC) resembled those circulating in Europe, suggesting probable introductions of the virus from Europe, other U.S. locations, and local introductions from within New York, according to a new report of the U.S. Centers for Disease Control and Prevention (CDC) on Thursday. 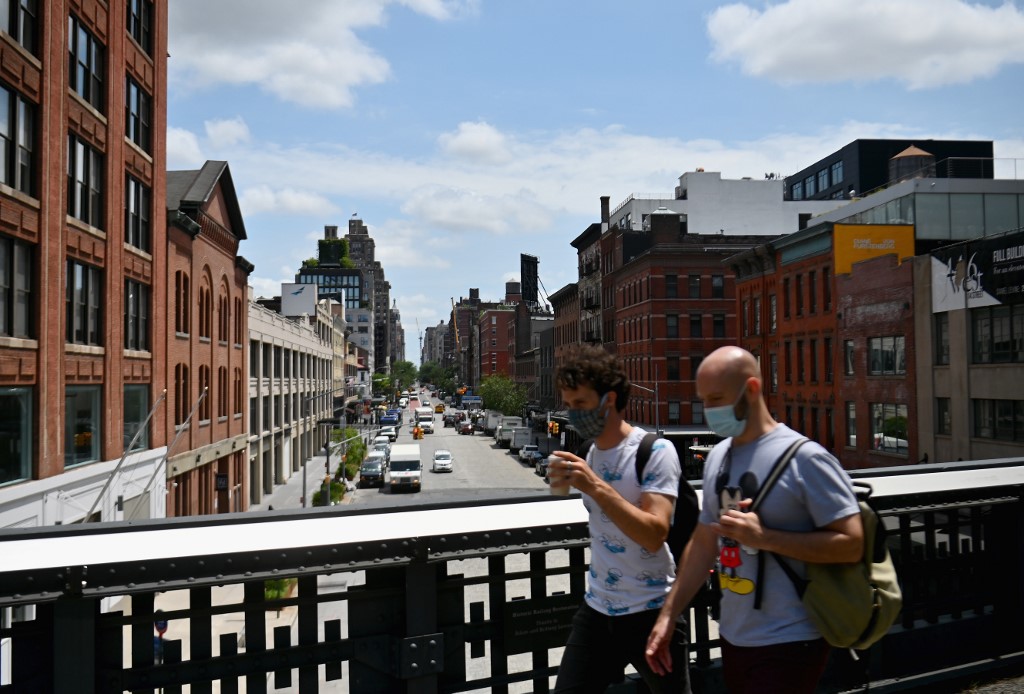 People take a walk on the High Line as it reopens to the public with limited capacity on July 16, 2020 in New York City. (Photo: AFP)

To determine whether local transmission of SARS-CoV-2 could be detected, the NYC Department of Health and Mental Hygiene (DOHMH) conducted deidentified sentinel surveillance at six hospital emergency departments during March 1 to 20.

DOHMH announced sustained COVID-19 community transmission on March 8, before the United States imposed travel ban from Europe on March 13, according to the report. At this time, 26 NYC residents had confirmed COVID-19.

"Although travel restrictions are an important mitigation strategy, by the time the European restrictions were implemented, importation and community transmission of SARS-CoV-2 had already occurred in NYC," said the report.

Through sentinel surveillance during March 1 to 20, DOHMH collected 544 specimens from patients with influenza-like symptoms, 36 tested positive.

"Using genetic sequencing, CDC determined that the sequences of most SARS-CoV-2-positive specimens resembled those circulating in Europe, suggesting probable introductions of SARS-CoV-2 from Europe, from other U.S. locations, and local introductions from within New York," said the report.

The sequence from March 2, the earliest positive sentinel specimen collected, clustered with early sequences from Europe and United States, which also cluster with sequences from China, said the CDC.

"No sentinel sequences were directly connected to sequences from Wuhan, China, where the outbreak originated," said the report.