WORLD Most foreign terrorists in US born abroad: gov't report

Most foreign terrorists in US born abroad: gov't report 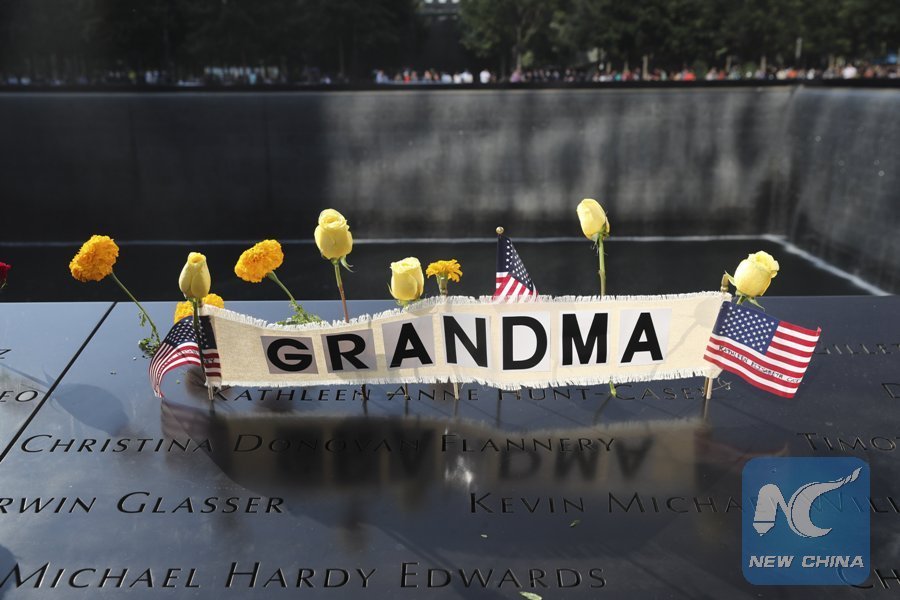 Flowers and US flags are placed on a plate on which the names of 9/11 victims were inscribed around the South Pool at the National September 11 Memorial and Museum in New York, the United States, on Sept. 11, 2017. (Xinhua/Wang Ying)

Three quarters of all those convicted of international terrorism or related offense in the United States since 2001 were foreign born, a government report found Tuesday.

"This report is a clear reminder of why we cannot continue to rely on immigration policy based on pre-9/11 thinking that leaves us woefully vulnerable to foreign-born terrorists," Secretary of Homeland Security Kirstjen Nielsen said.

Of the 549 individuals convicted of terrorism related crimes between 2001 and 2016, 254 were not US citizens and 148 were foreign born US citizens, the report said.

The findings of the report supported US President Donald Trump's position that current immigration policy is undermining national security, according the the DOJ and the White House.

The report was conducted on the orders of Trump, who in one of his first executive orders requested US law enforcement to step up border control in order to enhance national security.