Most new COVID-19 patients in NY not working, older: survey 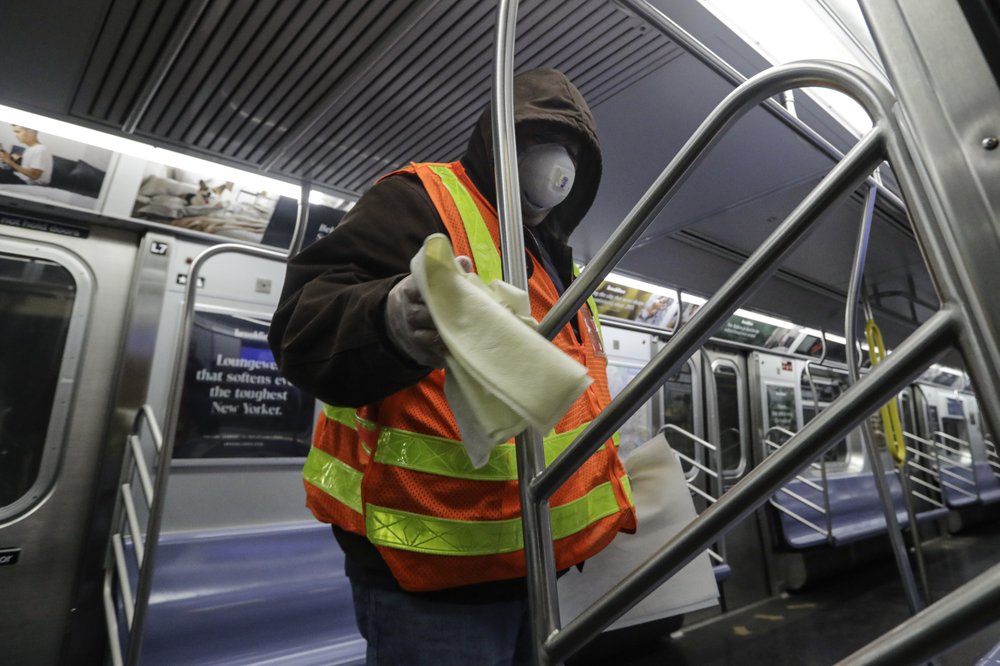 MTA officials work on trains for the disinfecting operations at the Coney Island Stillwell Avenue Terminal Wednesday, May 6, 2020, in the Brooklyn borough of New York. (Photo: AP)

The great majority of people being newly hospitalized with the coronavirus in New York are either retired or unemployed and were avoiding public transit, according to a new state survey, the first such look at people still getting seriously ill despite six weeks of severe social distancing.

The survey of 1,269 patients admitted to 113 hospitals over three recent days confounded expectations that new cases would be dominated by essential workers, especially those traveling on public transportation.

Retirees accounted for 37% of hospitalizations during the survey period. Another 46% were unemployed. Almost three-quarters were 51 years or older.

Only 4% used public transportation in their daily life, according to the survey.

“It reinforces what we’ve been saying, which is much of this comes down to what you do to protect yourself,” Gov. Andrew Cuomo said at his daily briefing. “Everything is closed down, the government has done everything it could ... now it’s up to you. Are you wearing a mask, are you doing the hand sanitizer?”

The survey also showed, however, that 18% of the people admitted to hospitals with the virus had been transferred from nursing homes, underscoring the difficulty those facilities have had controlling infections.

People were far less likely to be hospitalized in other institutional settings. Fewer than 1% were in jails; 4% were in assisted living; 2% in congregate housing and 2% were homeless.

While hospitalization rates have been easing in New York, an average of more than 600 people per day have been admitted to hospitals in the state over the past three days.

The virus killed 232 people in the state Tuesday, Cuomo said, and nearly 2,800 people tested positive for the virus.

They survey was part of an effort by health officials to target their outbreak-fighting efforts more precisely.

Many survey results conformed with previous findings. More than half the hospitalizations were in New York City. African-Americans accounted for 21% of hospitalizations and Hispanics another 17%.