WORLD Most people in need in NW Syria are in catastrophic circumstances: UN

Most people in need in NW Syria are in catastrophic circumstances: UN 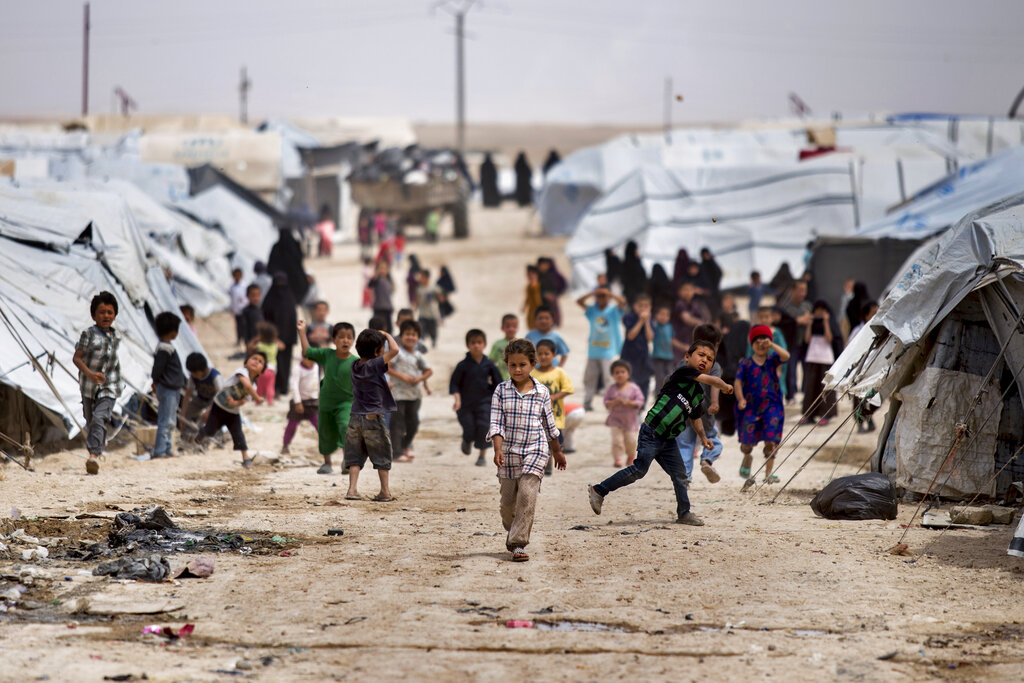 Children gather outside their tents, at al-Hol camp, which houses families of members of the Islamic State group, in Hasakeh province, Syria, Saturday, May 1, 2021. (Photo: AP)

UNITED NATIONS, June 7 (Xinhua) -- The United Nations said Monday that more than 90 percent of the 3.4 million people needing aid in Northwest Syria are in extreme or catastrophic circumstances in a deteriorating humanitarian situation.

The UN Office for the Coordination of Humanitarian Affairs (OCHA) said there are 13.4 million people in need throughout Syria, who have suffered from a decade of conflict, economic crisis and now COVID-19.

Some of the most vulnerable Syrians are those who are in the Northwest. Of the 3.4 million people in need, more than 90 percent are assessed to be in extreme or catastrophic need -- particularly the 2.7 million internally displaced. Most of the displaced are pressed against the border with Turkey in over 1,000 camps and informal settlements.

The only access for the United Nations to these millions of people in Northwest Syria is through the UN Security Council-authorized cross-border operation at Bab al-Hawa, the humanitarian office said. It's the last remaining UN entry point for transporting assistance to Northwest Syria.

"Bab al-Hawa is a last lifeline preventing a humanitarian catastrophe for millions of people in Syria," OCHA said in a release. "Despite ongoing efforts to deliver a small number of trucks cross-line from Damascus, there remains no alternative to delivering aid at this scale and with this scope."

About 1,000 UN aid trucks cross from Turkey into Northwest Syria to reach 2.4 million people monthly, the humanitarian office said. Only 979 trucks traveled into Syria from Turkey in May. But they carried critical support for food needs, livelihoods, nutrition and health.

The first batch of more than 53,000 COVAX COVID-19 vaccines for Northwest Syria from Turkey arrived in April, and the vaccination program began on May 1, OCHA said. Other vaccines and health items regularly cross to support hospitals and primary health centers in the area. Enditem