WORLD Most pupils in UK 'three months behind' with curriculum: survey

Most pupils in UK 'three months behind' with curriculum: survey

LONDON, Sept. 1 (Xinhua) -- The majority of pupils will be three months behind in their studies after the coronavirus lockdown, according to a latest survey published Tuesday. 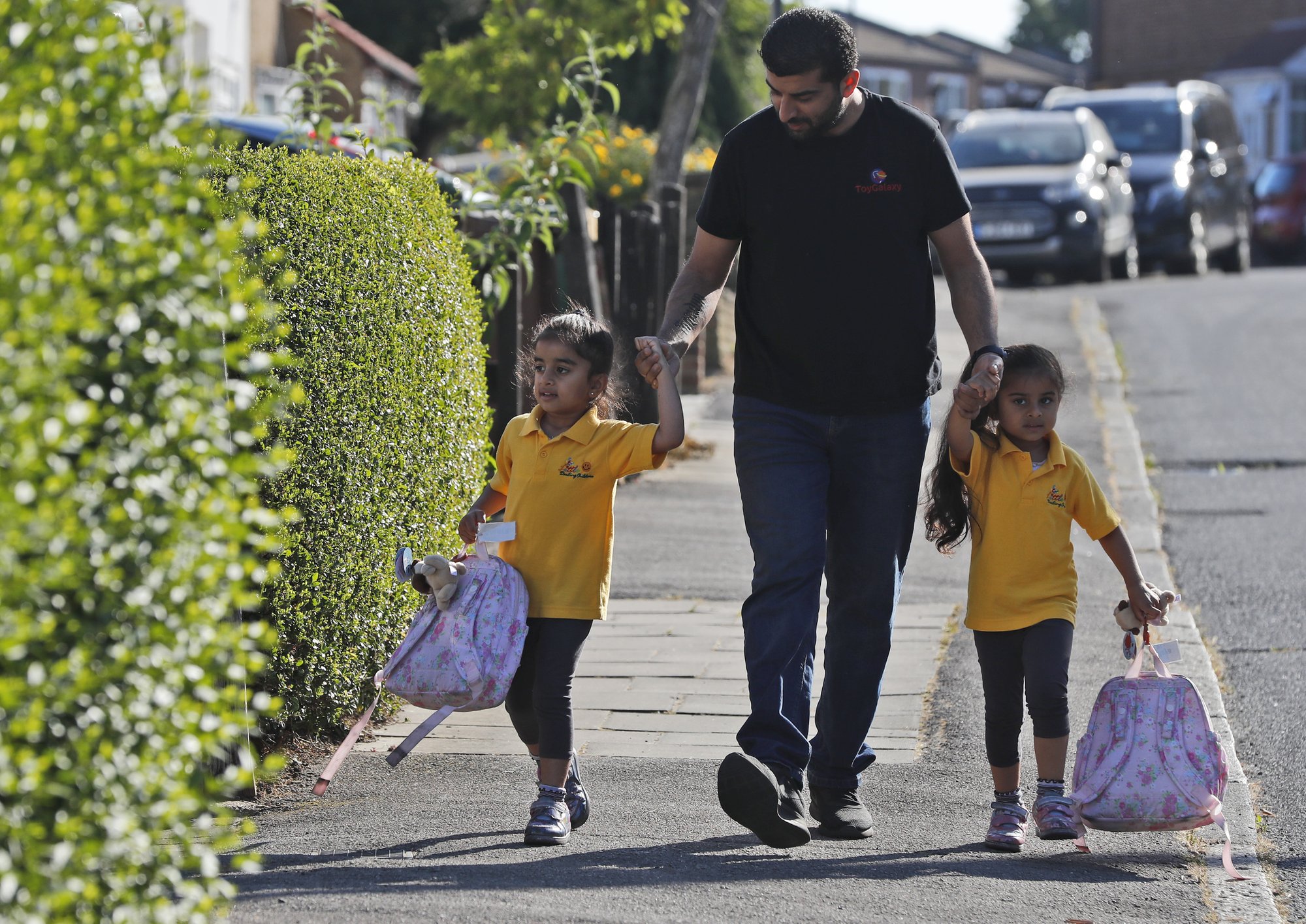 A father walks his twins to the Little Darling Childcare after nurseries and primary schools partly reopened in England after the COVID-19 lockdown, in London, Monday, June 1, 2020. (Photo: AP)

As many students return to classrooms in England and Wales this week for the first time since lockdown, a poll of nearly 3,000 school leaders and teachers found that 98 percent of them felt students were not as far along with their learning as would normally be expected at the end of the 2019/20 school year.

The National Foundation for Educational Research (NFER) survey found that as of July, teachers had on average covered 66 percent of the curriculum during the 2019/20 academic year and teachers estimated on average that their pupils were three months behind in their studies.

Meanwhile, 21 percent of teachers from across more than 2,200 primary and secondary schools also believed boys had fallen further behind than girls.

More than half of those teaching in the poorest schools in England reported their students were "four months or more" behind in their learning, compared to 15 percent of teachers in wealthier settings.

The survey also found that the learning gap between disadvantaged pupils and their better-off peers had increased by 46 percent.

Angela Donkin, chief social scientist at the NFER, said: "Whilst it is crucial that children catch up, we should not assume that teachers will immediately be able to deliver the same quality of teaching, at the same speed, as before the pandemic."

"There remains a range of barriers for teachers and schools, which means catch-up should be seen as part of the ongoing process of learning recovery, for most pupils, rather than as a quick-turnaround solution," said Donkin.

Teachers in the survey estimated that 44 percent of their pupils will need "intensive catch-up support", with the percentage increasing to 57 percent in the most deprived schools.

With the National Tutoring Programme, the British government has said it is determined children should not lose out because of coronavirus.

British Education Secretary Gavin Williamson was considering delaying next year's exams to July in order to give students more time to prepare for them, according to the Telegraph.

"We've been working with Ofqual on changes we can make to help pupils when they take GCSEs and A-levels next year," Williamson told the newspaper.