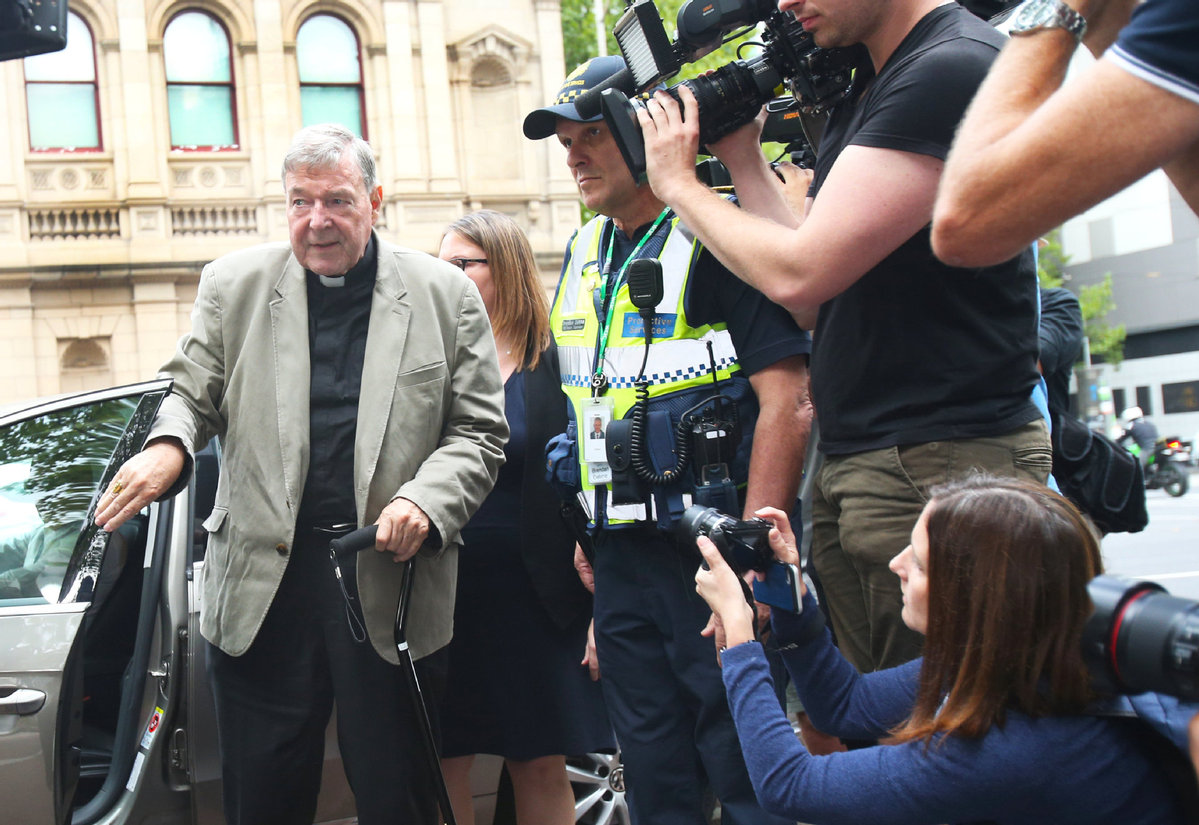 MELBOURNE, Australia — The most senior Catholic cleric ever charged with child sex abuse has been convicted of molesting two choirboys moments after celebrating Mass, dealing a new blow to the Catholic hierarchy's credibility after a year of global revelations of abuse and cover-up.

Cardinal George Pell, Pope Francis' top financial adviser and the Vatican's economy minister, bowed his head but then regained his composure as the 12-member jury delivered unanimous verdicts in the Victoria state County Court on Dec 11 after more than two days of deliberation.

The court had until Tuesday forbidden publication of any details about the trial.

Pell faces a potential maximum 50-year prison term after a sentencing hearing that begins on Wednesday. He lodged an appeal last week against the convictions.

Details of the trial had been suppressed because until Tuesday, Pell had faced a second trial in April on charges that he indecently assaulted two boys aged 9 or 10 and 11 or 12 as a young priest in the late 1970s in a public pool in his hometown of Ballarat.

Prosecutor Fran Dalziel told the court on Tuesday that the Ballarat charges had been dropped and asked for the suppression order to be lifted.

"This is not a special case," Dalziel said.

"Although the cardinal originally faced allegations from a number of complainants, all of those complaints and allegations save for the matters that are subject to the appeal have all been either withdrawn or discontinued," Galbally told reporters outside.

Pell has initially been charged with more than 20 charges of sexual abuse against various complainants.

The revelations came in the same month that the Vatican announced Francis approved the expulsion from the priesthood for a former high-ranking American cardinal, Theodore McCarrick, for sexual abuse of minors and adults.

The convictions were also confirmed days after Francis concluded his extraordinary summit of Catholic leaders summoned to Rome for a tutorial on preventing clergy sexual abuse and protecting children from predator priests.

The jury convicted Pell of abusing two 13-year-old boys whom he had caught swigging sacramental wine in a rear room of Melbourne's St Patrick's Cathedral in late 1996, as hundreds of worshippers were streaming out of Sunday services.

Pell, now 77 but 55 at the time, had just been named the most senior Catholic in Australia's second-largest city, Melbourne.

The jury also found Pell guilty of indecently assaulting one of the boys in a corridor more than a month later.

Pell had maintained his innocence throughout, describing the accusations as "vile and disgusting conduct" that went against everything he believed in.