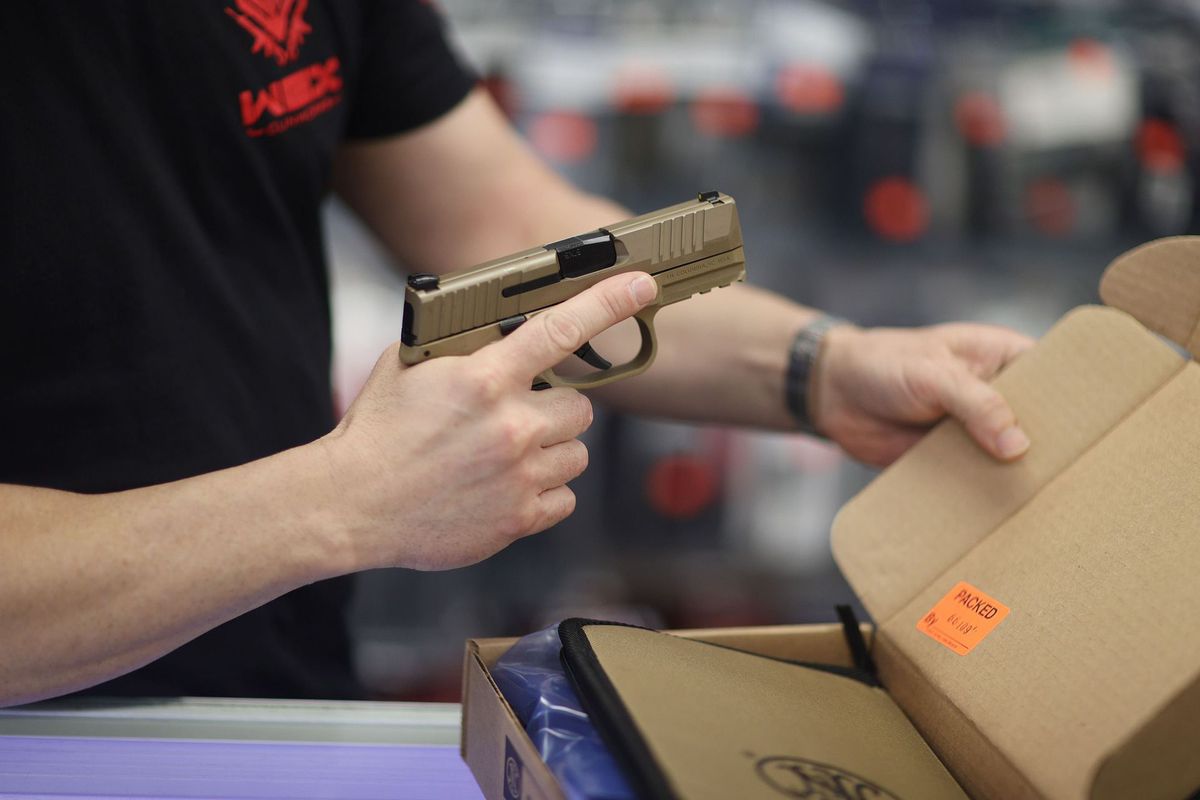 A man holds a FN509 Compact pistol as he helps a customer at WEX Gunworks on March 24, 2021 in Delray Beach, Florida, US. (Photo: Agncies)

WASHINGTON - Most studies on the effectiveness of gun control measures or laws were deeply flawed, according to a report published on the Reason magazine on Thursday.

The RAND Corporation, a nonprofit research organization, analyzed the results of 27,900 research publications on the effectiveness of gun control laws, finding "only 123 studies, or 0.4 percent, that tested the effects rigorously," the report said.

"Some of the other 27,777 studies may have been useful for non-empirical discussions, but many others were deeply flawed," it said.

Even for the 123 rigorous empirical studies, they "still had serious statistical defects, such as a lack of controls, too many parameters or hypotheses for the data, undisclosed data, erroneous data, misspecified models, and other problems," the report noted.

"Also concerning is the fact that there was only one negative result in which the researchers reported that a gun control measure seemed to lead to an increase in bad outcomes or more violence," it said.

"This indicates that researchers may have suppressed results that suggest gun control measures are not working as intended," it added.