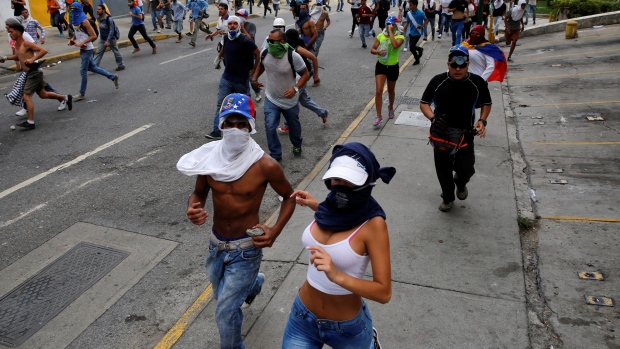 A pro-government member of Venezuela’s controversial legislative superbody was shot and killed in the west of the country by two assailants riding a motorcycle, authorities said on Thursday.

Lawyer Tomas Lucena, 31, was in his pickup truck with relatives on Wednesday afternoon when he was shot several times. He died in a hospital in Trujillo state, the public prosecutor’s office said in a statement.

A relative unknown in Venezuelan politics, Lucena was a member of the 545-strong ‘Constituent Assembly’ created last year by socialist President Nicolas Maduro in a move widely condemned by Western powers and fellow Latin American nations.

Speaking during an hours-long televised broadcast, Maduro alleged that Lucena, a father of three young children, had been targeted for political reasons.

“(He was) killed by right-wing hit men,” Maduro said.

“Violence here, violence there... directed by the embassy of the United States,” he added, without offering any evidence.

The U.S. State Department did not immediately respond to a request for comment.

Venezuela has one of the world’s highest murder rates, while a fourth straight year of recession has deprived millions of three square meals a day.