The Mount Etna volcano erupted on Monday, spewing ash as several minor earthquakes hit the region, and prompting a partial closure of the Sicilian airspace around the mountain. 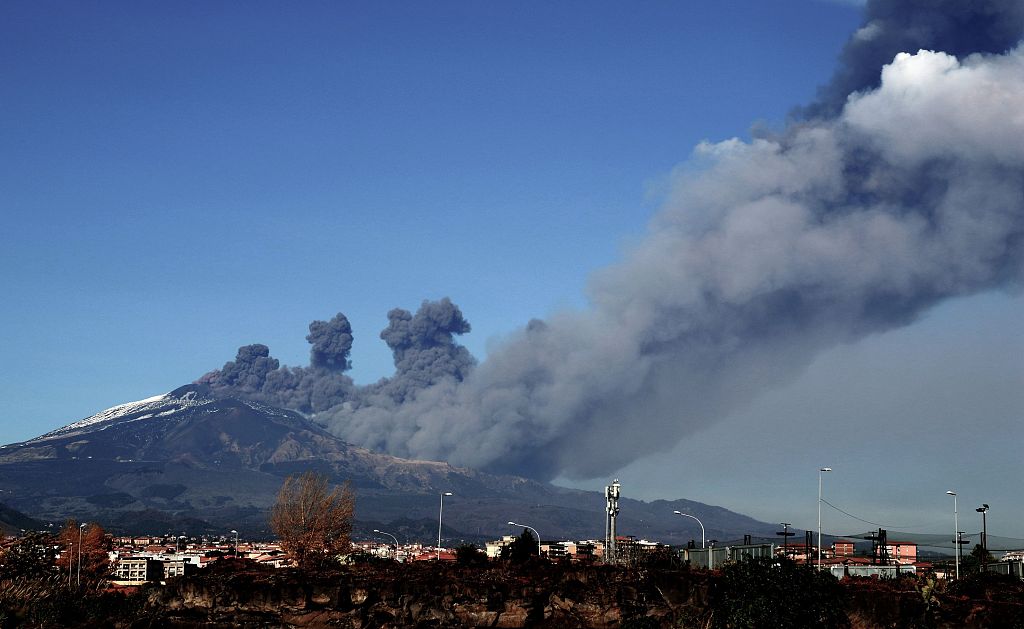 Smoke rises over the city of Catania during an eruption of the Mount Etna, one of the most active volcanoes in the world on December 24, 2018. (Photo: VCG)

Italy's national institute for geophysics and vulcanology (INGV) counted more than 130 seismic shocks in the zone, with the strongest reaching a magnitude of 4.0.

"The eruption occurred on the side of Etna," Boris Behncke, a vulcanologist at INGV, told AFP. "It's the first lateral eruption in more than 10 years, but it doesn't seem to be dangerous."

Due to bad visibility because of the ash authorities restricted local airspace, allowing only four landings per hour Monday afternoon at the eastern Sicilian airport of Catania.

Visibility was still too poor to determine whether the eruption was accompanied by lava, Behncke said.

At any rate, both the seismic activity and ash production appeared to be diminishing in the afternoon, he said.

Mount Etna, 3,300 metres high, is the biggest active volcano in Europe, with frequent eruptions recorded in the past 2,700 years.

Its most recent eruptions occurred in the spring of 2017 and its last major eruption in the 2008/2009 winter.

At the end of March a study published in the Bulletin of Volcanology said that Etna is slowly sliding towards the Mediterranean -- at a constant pace of 14 millimetres per year.