Tanzanian authorities on Sunday said a fire on Mount Kilimanjaro was mostly under control after flames burned Africa's tallest mountain for more than 24 hours. 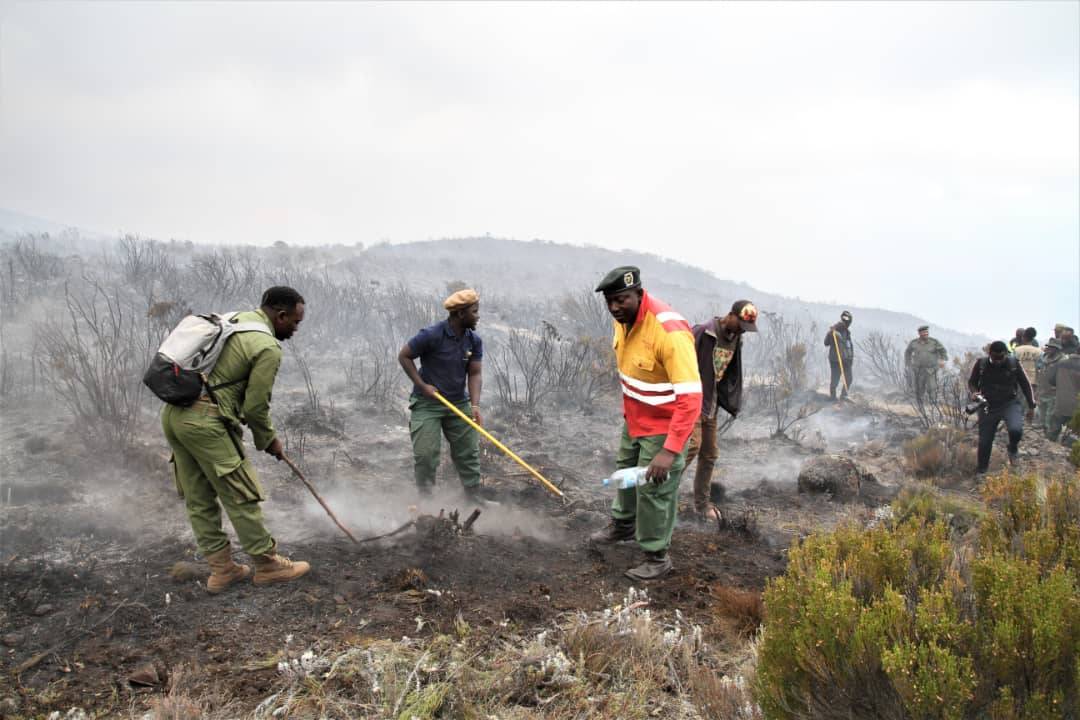 The blaze began on Friday evening near the Karanga site used by climbers ascending the famous peak, at about 4,000 metres (13,000 feet) altitude on its south side.

"We have seen great success in controlling the fire. To a large extent, it's already extinguished in most areas although there are still smokes," said Eliamani Sedoyeka, an official at the natural resources and tourism ministry.

Sedoyeka said the aim was to bring the fire completely under control by Sunday evening.

Local official Nurdin Babu told reporters "everything is under control... we have managed to control the fire to a great extent".

The blaze left no victims in the tourist hotspot and UNESCO World Heritage site in northeastern Tanzania, where tens of thousands of climbers flock each year to conquer its snow-capped peak.

Hundreds of people including firefighters, national park staff and civilians were mobilised to fight the flames that were fanned by a strong wind.

The cause remains unknown but Sedoyeka on Saturday said a climber or honey hunters may have started it "carelessly".

Herman Batiho, an official at Tanzania's national parks authority, said he was "sure" human activity was to blame through illegal poaching or locals extracting honey.

The latest blaze comes two years after another fire raged for a week in October 2020 across 95 square kilometres (37 square miles).