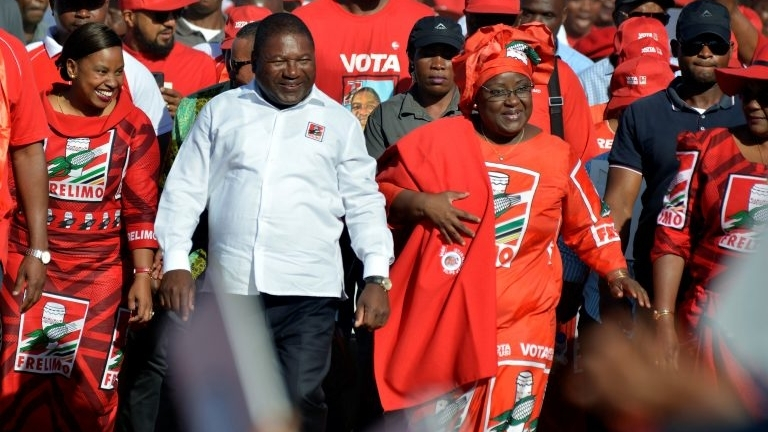 MAPUTO, Oct. 28 (Xinhua) -- Mozambican President and ruling party Frelimo' candidate Filipe Nyusi said on Sunday that the defeated candidates in the Oct. 15 general elections should not resort to violence to resolve alleged disputes.

"The price of violence is too high for our people and for the mentors themselves," Nyusi said at the Frelimo party school in Maputo province moments after the National Election Commission announced his party's sweeping victory and his re-election for a second term.

The preliminary results were rejected by opposition parties Renamo and MDM, which alleged widespread fraud and irregularities.

"I want, today and now, to extend my hand to my brothers Ossufo Momade, leader of Renamo and Daviz Simango of MDM and everyone else who joined the electoral process in a clear democratic exercise," said Nyusi.

He said it should be the time now for peace building, national unity and reconciliation among Mozambicans.

"We should create a political system where everyone can compete, both nationally and provincially, and accept the results in preparation for the upcoming elections," said Nyusi.

"I assure Frelimo's commitment and my people to work with everyone to create a system where trust is the rule of coexistence, because the condition for Mozambique's development is the continuous improvement of our democracy," said Nyusi.

The election results still need to be ratified by the country's Constitutional Court.