MAPUTO, Jan. 3 (Xinhua) -- Mozambique's National Meteorology Institute (INAM) announced Friday that it is shifting from the former satellite system to the new one provided by China, which will allow for more accurate predictions on weather forecast, climate change and potential natural disasters. 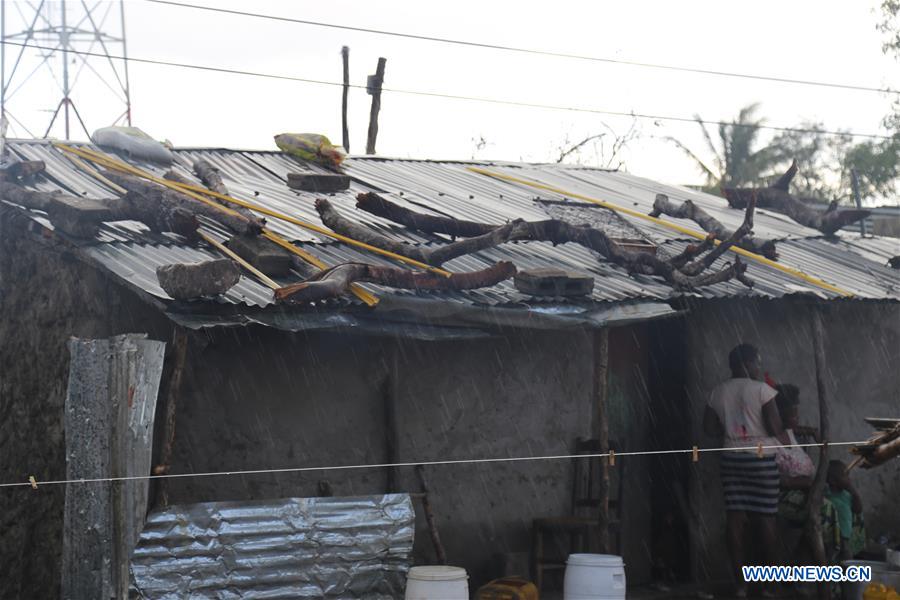 Heavy chunks of trees and blocks are used to protect the roof of a house in a village along the National Road No. 6 (EN6) in the Pungue River Basin, Mozambique, March 23, 2019. After the country was hit by Tropical Cyclone Idai since last week, the rise of the water level of river Pungue has caused floods and massive destruction. (Photo: Xinhua)

"From this Friday on, we will have a system that allows the country to monitor tropical cyclones, something the former system did not allow us to do because of its coverage limitation," said the deputy director of INAM Mussa Mustafa on the launching ceremony in Maputo.

Mustafa explained that the new system has almost a global coverage that can be used to monitor where the tropical cyclones form and their courses, the information helpful to issue early warnings.

The deputy minister of Transport and Communications Manuela Ribelo said the government expects to equip the institute with capacity to issue better meteorological information, which can be used for early and adequate preparation in different sectors, particular for air and maritime services, and prevention and mitigation of natural disasters.