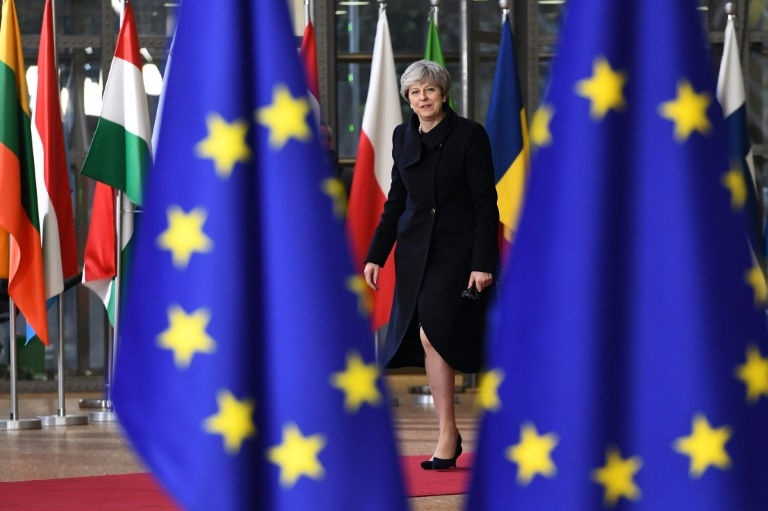 Britain's Prime minister Theresa May faces a potentially volatile task in establishing what Britain's future relationship with the EU should look like. Photo: AFP/Emmanuel Dunand

British MPs were set Wednesday to the give the green light to a key Brexit bill after weeks of debate and a damaging government defeat, although the legislation still faces a battle in the upper chamber.

The House of Commons was expected to approve the EU (Withdrawal) Bill, which repeals the 1972 law which made Britain a member of the European Union and transfers four decades of EU rules onto the British statute books.

But the unelected upper House of Lords may insist on further changes when the bill moves there for scrutiny later this month, while ministers still face opposition from the devolved Scottish and Welsh administrations.

There are "going to be big battles" in the coming months on constitutional issues, a source in the opposition Labour party in the Lords told AFP.

MPs have tabled hundreds of amendments to the bill in recent weeks, many of them focused on its sweeping powers to both change EU regulations as they are transferred and to authorise any Brexit agreement with the bloc.

Eleven members of Prime Minister Theresa May's Conservative party joined with opposition lawmakers last month to force a change ensuring that parliament will have a "meaningful vote" on the final withdrawal deal.

Fearful of another loss, the government conceded to give MPs the power to amend the date and time of Brexit -- set out in the bill as 2300 GMT on March 29, 2019 -- if talks with the EU appeared to overrun.

But veteran Conservative MP Kenneth Clarke, a passionate europhile, said the way parliament had handled the bill so far was "pathetic".

"I hope and believe that the other place (the Lords) will make an enormous number of changes to this bill," he said.

The Scottish and Welsh governments have also warned against what they describe as a "power grab" in the bill, which would see some powers in devolved areas of policymaking currently held in Brussels, taken back to London.

May said discussions were continuing with Edinburgh and Cardiff, adding that an amendment on devolved powers would be tabled to the bill when it reached the House of Lords.

In the final debate in the Commons on Wednesday, pro-European MPs -- including Conservatives -- took the opportunity to criticise the government's Brexit strategy.

Former attorney general Dominic Grieve, who led the Tory rebellion last month, warned: "Unless we're realistic about that we can't hope to get a reasonable outcome to our negotiations."

Justine Greening, who resigned as education secretary in a reshuffle earlier this month, warned that if Brexit did not work for young people, "it will not be sustainable" and they may seek to "improve or undo what we've done".

Britain and the EU reached preliminary agreement before Christmas on the key separation issues -- Britain's financial settlement after Brexit, EU expatriate rights and the future of the Irish border.

The deal opened the door to the next phase of negotiations on future relations, including Britain's request for a new trade agreement to replace its membership of the EU's single market and customs union.

However, May has yet to set out her precise vision for the future, and while some members of her cabinet want to stay as close as possible to the single market, others favour a clean break.

European Council President Donald Tusk on Tuesday said the EU's "hearts were still open" if Britain decided to change its mind about leaving the bloc.

His comments followed a remark by leading Brexit campaigner Nigel Farage that he might be open to a second referendum in Britain on EU membership, to silence critics.

European Commission chief Jean-Claude Juncker weighed in on Wednesday, saying: "Mr Tusk says our hands remain outstretched. If the British wish to find another way than Brexit, we are then ready to talk about it."