JAKARTA, June 9 (Xinhua) -- A column of thick ash was spewed seven km high to the sky from the crater of Mount Sinabung volcano in Sumatra Island of western Indonesia on Sunday, the country's national volcanology agency said. 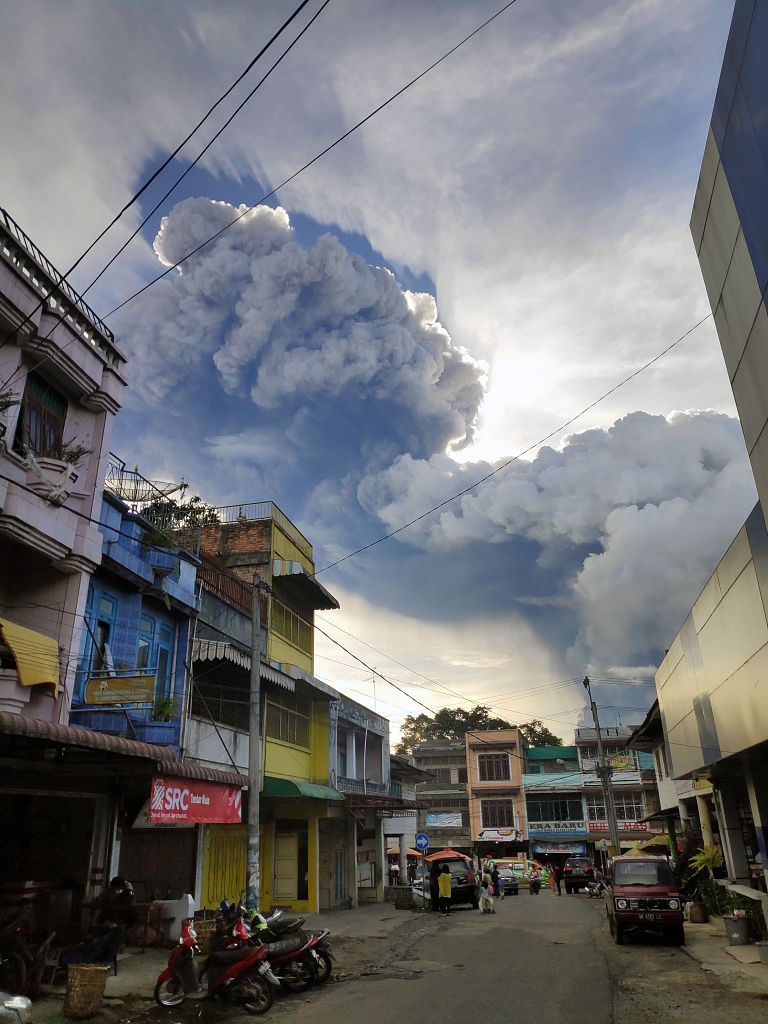 Belching of ash and smoke was shot at 16:28 p.m. Jakarta time, followed by a spread of hot ash to the southeast and south of the crater by up to 3.5 km and three km respectively, the agency said in a statement.

The agency, however, said there was so far no report of damages or casualty.

Mt. Sinabung volcano is at the second highest alert level with no-go zone of five km from the crater, it said.

Residents living near the flank of the volcano were urged to use masks when rains of ash pour down, spokesman of national disaster management agency Sutopo Purwo Nugroho said.

Those living alongside the rivers with upstream in the slope of the volcano were warned of cold lava floods during torrential rains, the spokesman told Xinhua in a text message.

Mt. Sinabung, 2,475 meters high, is located in Karo district of North Sumatra province. In its eruption in 2014, 16 people were killed and thousands displaced.

Mt. Sinabung is among 129 active volcanoes in Indonesia.